How and Why did you get into Motorbikes?

The question asked by Gary France of Flies in your Teeth: How and Why did you get into Motorbikes?
Way to get bloggers posting and thinking.


I have to think way back to when I was just a toddler, my first motorcycle memory has to be of a plastic riding toy motorcycle I received for Christmas. From there it was tricycles, to bicycles then to riding everywhere. Back in the days when kids could take off all day, not worry about stranger dangers and not come home until the streetlights came on. I went through several bicycles as a kid and putting baseball cards with a clothespin in the spokes before upgrading to a toy throttle Rev Maker. 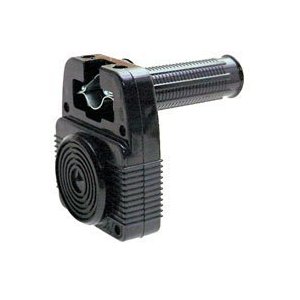 I so want one of these.


My first experience with an actual motorcycle had to be about the age of nine or ten when a childhood friend let my brother and I ride his Briggs & Stratton type mini bike around the yard. I was hooked. 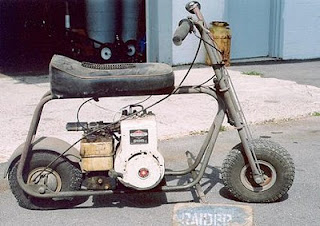 We would ride our bicycles down to a wooded area at the edge of town where the older kids would ride their dirt bikes and if we were lucky they would take us younger kids for a ride to try to scare us, it only made me want a dirt bike even more. The closest motorcycle shop was Sid's Cycle, a Yamaha dealership just outside of town along a major highway that we weren't allowed to ride our bicycles along so we would get down there by bus instead.

My brother and I must have begged, pleaded and annoyed our parents enough that the best Christmas I had was when we found a brand new Yamaha 80 Enduro under the tree. 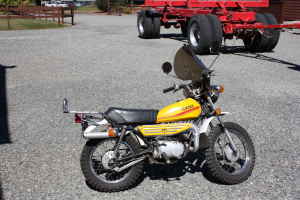 My parents would take us down to a newly developed industrial park on the weekend where my brother and I would fight over who's turn it was to ride round and round and round the park for hours and hours. I never got bored with that bike and rode it everywhere until I finally outgrew it and I was too big to ride it.

I went a couple of years without a bike and got into trucks instead but when I finally finished high school and scraped some money together I bought a bike. 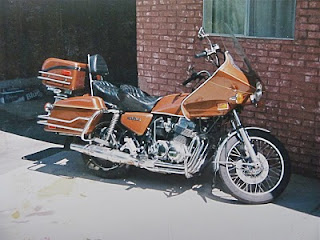 A fully dressed 1975 Honda CB750Four, she was a heavy girl and not a wise choice for a first bike. I never crashed but I wasn't a very proficient rider either. I sold it a year later and for awhile I was financially forced to go bikeless.

It wasn't until I met Brandy that I got another bike and never went without again. I bought a Suzuki GS550, it was nice and got me back in the saddle but it didn't satisfy my need for speed so I bought an '84 Honda Magna V45 instead. 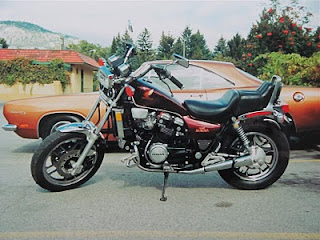 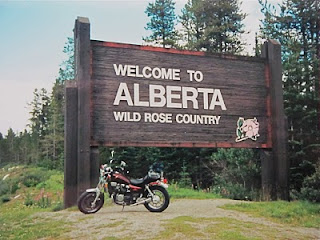 I discovered touring and never looked back.

And the why? That's easy, if I don't ride I get grumpy, riding is therapy.