While teaching the classroom portion of the BRT last night we discussed countersteering. Yes, the ever confusing, often discussed yet never fully understood countersteer!

Try to explain countersteer to someone and watch their eyes gloss over, explain it to 24 students in a classroom and you may as well be teaching physics.... wait, what?

PHYSICS!?! What does physics have to do with riding a motorcycle? 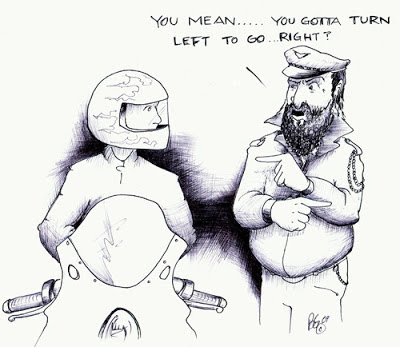 We use the terms "to turn right, press right" and "to turn left, press left".

This is where I confused the students, but this is counterintuitive.... close, you've got the "counter" part down, now let's work on the "steering" part. I mentioned that they've been doing it all their lives on a bicycle, they just didn't know it. Well, talk about adding to the confusion, now they're thinking back to the last time they rode a bicycle, which may be as early as last week but more than likely when they were twelve years old.

One can explain countersteering until they're blue in the face, it is just something one has to experience on the bike in a controlled environment under the watchful eye of professional instructors to truly appreciate.

After class, a student approached me for clarification and asked "do you press down on the bars or push forward, because you motioned to push but said to press?"

Respectfully, yet somewhat confused myself, I reiterated, "Press left, go left and press right to go right so press forward on the handgrip, not down".

This is where the male brain and female brain work differently and she provided a completely different perspective.

She explained her definition of press and push while motioning "you press down on a table, so this is press"

"This is push, so you want us to push on the bars?"

A young male student shared his perspective and stated that he thinks of push as a pushup. Now we're all confused.

Pushup vs. bench press
Push a button vs. press a button
Push your luck vs. press your luck 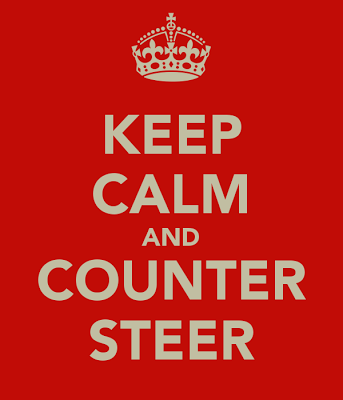 It's the first day of summer, time for a new blog theme and background, I change it with every season. Brandy and I like to go for a ride to celebrate or observe the Solstices and Equinoxes but Friday I was called into work, that is if you call riding motorcycles for Team Oregon "work".

I've been helping out Pat Hahn lately; getting together a couple times this Spring to shoot video for several projects he has been putting together. Pat is a fantastic guy and easy to talk to, he is very patient yet maintains the same energy and enthusiasm for "take one" as he does for "take umpteenth".

However, he did fail to mention one small detail this time...

I have taken the ART class (Advanced Rider Training), the RSP (Rider Skills Practice), a corning clinic and a braking clinic all under the watchful eye of veteran instructors and the higher ups and all in a group setting with other riders and instructors.  Needless to say, to have the Director of Team Oregon follow you (extremely close) running cornering techniques, traffic scenarios and emergency maneuvers over and over on public roads while being on video you can understand how one may be somewhat apprehensive. Once I overcame my initial trepidation and discovered that it is much more difficult to be an error rider than it looks, I began to relax and enjoy myself.

Irondad was present, snapping "behind the scene" photos, hence my new header photo. I was goofing off and quickly gave Dan my best imitation of his police stance.

I didn't bring my camera as I was too busy modeling in front of many other cameras to use it, but I sense a blog post from the Intrepid Commuter is in the works. We had a lot of fun, some great and even unexpected footage and many miles covered. I hope to share more photos as they surface and come available.


A student asked me today "why is it easier to make a left turn than it is to make a right turn?"

I pondered this for a second as it is not the first time I've been asked and likewise I've come up with a couple of explanations. 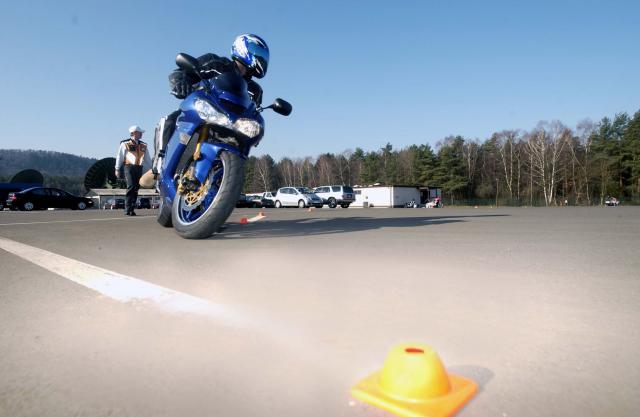 I have my own theories such as the throttle is on the right so by turning the bars left opens up our right side making it easier to control the bike instead of forcing the throttle hand closer to the body on a right turn. As well, most riders are right handed so we tend to protect our left or weaker side and open up our much stronger right side instead.

Then there is on-coming traffic on our left so we tend to favor turning left just in case we run wide in a curve we have a buffer or shoulder.

We are conditioned to make U turns from the right to the left. 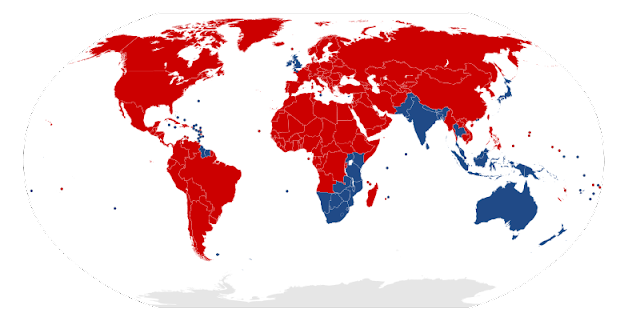 What's your preference and theory?