The weather has been on and off rainy lately but we did have an absolutely fantastic day recently. It cleared off and I was able to go for a mid-week ride to blow the stink off so I left the dirty dishes in the sink and took off in search of autumn colors.

Western Oregon just doesn't have the giant maples that offer the beautiful picture book leaf colors you find in the Eastern states and provinces but plenty of evergreen conifers and oak trees. 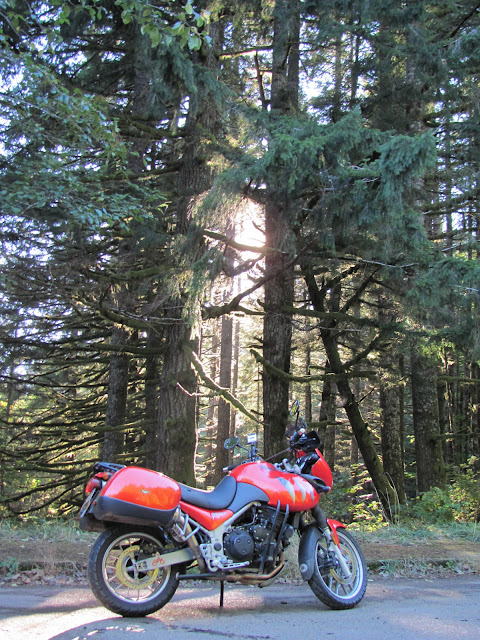 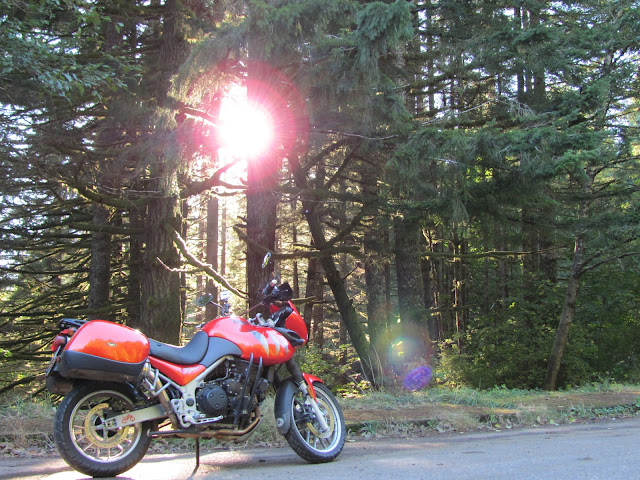 If you look hard enough though you can find a vine maple or two amongst the greenery and moss. 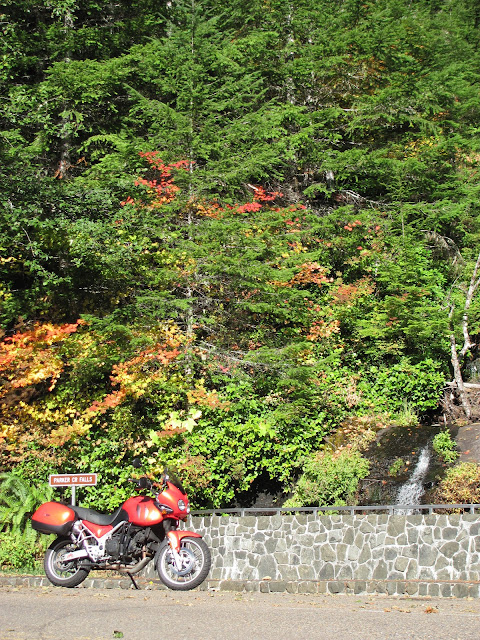 I hadn't been up to the top of Marys Peak yet this year, so the ride up was long overdue, let alone never being up there mid week. I actually had the whole mountain to myself for a few minutes. 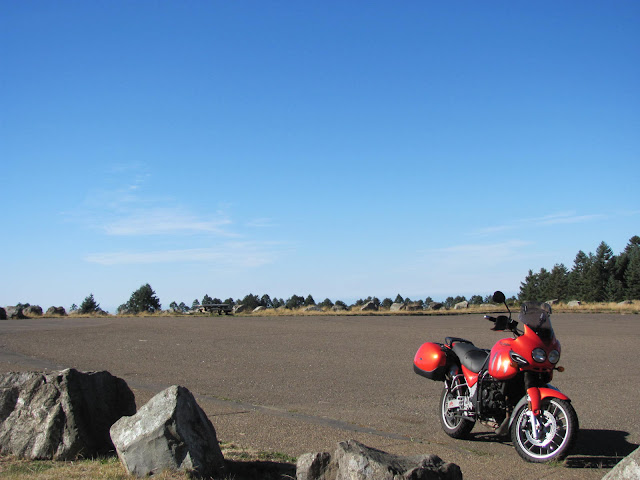 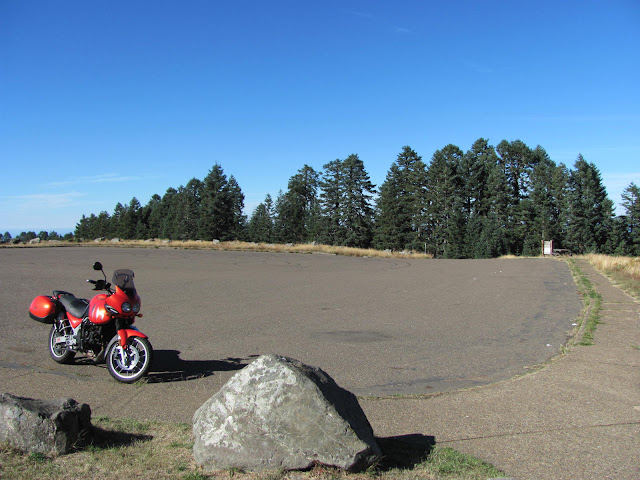 And from the top of one mountain you can get a great photo of another across the valley.

I have been busy with Team Oregon teaching my first two classes the last two weekends of September. A mentor was with me in the classroom in case I messed up, froze of stage fright or missed something and of course to evaluate me. It wasn't Irondad, but a longtime instructor and leadership council member much, much higher ranking than Dan and twice as difficult.
(I'm kidding, everyone at Team Oregon is so encouraging and helpful).

Needless to say, the extra effort and time I dedicated beforehand paid off and I completed the requirement to meet standard in two consecutive classes. I am a now full certified instructor and I just taught my last class of the year, solo.


Next year I'll work on becoming a mentor myself and pay it forward. What a great program!


Something is really irking the troubadour in me, three songs have been released recently and I can't help but think where have I heard this before? Why are artists doing this and does anyone else notice what's going on or is it just me? Either way, this is how my brain works.

The first one took me awhile to put my finger on, much to Brandy's dismay I whistled the tune over and over and over again until it finally came to me. The single is from Jason Mraz titled "I Won't Give Up" not the whole song but the bridge at 2:14 in the video.

If you don't want to listen to the whole song here is the link to the sections I am referring to: http://youtu.be/TdN5GyTl8K0?t=2m14s and http://youtu.be/tpGRdX5sUAs?t=26s


At 2:14 it sounds very much like the same as 0:26 of Afternoon Delight by Starland Vocal Band.


Now that I have you whistling to an earworm of Afternoon Delight, the next song was easy to figure out, whenever it comes on the radio I immediately think of the song that predates it.

The piano intro and riff that Kidd Rock used for his song All Summer Long...

is from Warren Zevon's Werewolves of London!!!


You have to admit that one was either an intentional tribute or blatant theft, I'm sure you all pick up on that one.


The third one may not be familiar to many as the song that Pink's new release "Blow Me One Last Kiss" reminds me of isn't that well known, but I like it.


Anyway, that's my warped mind and the wonderful world of music that resonates in my head and my helmet.