Last Friday I wanted to replace the chain and sprockets on the Tiger, but I was struggling to get the counter sprocket off so I called up my bestest buddy Polar Bear and asked for help. He brought his impact driver, but my little compressor just wasn't up for the task, this was going to take brute force. With a breaker bar, an extension pipe and some muscle it came loose! Never let fear and common sense stand in your way. We fiddled and finessed the adjusters until we felt it was straight and snugged everything up. Thanks Andy, she rides like a new bike!

He mentioned he wanted to swing by the bicycle shop, I'm always up for checking out bikes so we hopped on our Tigers and rode downtown. We ambled through one bicycle shop, then another, and another and then another. I've been looking for a new bike for a couple of years now, but just couldn't find the right one... until now. The second shop we strolled into, there she was, all alone in the back storage room. Since it was the end of the day and we were in full motorcycle gear, I told the bike guy I'd come back Saturday for a test ride.

Needless to say, Trobairitz and I both took our new bikes out for a tootle on Sunday.

It is a bit slow at work, so management implemented voluntary time off (VTO). Monday morning they went through the list of employees in each department, asking if anyone wanted to take the day off. It wasn't long before half the crew went home for the day, then that afternoon they went through the rest of the list asking us if we wanted Tuesday off.

I wouldn't have to get up early, the weather forecast predicted decent weather and I have several projects at home that I could get started on.

Bald Hill is just out our back door, and within a half hour of heading out this morning I was texting Brandy from the top. A text was my best option as I was too out of breath to talk over the phone.


It was a bit cool and overcast, but I was plenty warm and I certainly appreciated the cooler temperature.


I met and talked with a couple of other riders who recommended some other trails to check out.

So off I went.... then my camera battery died. 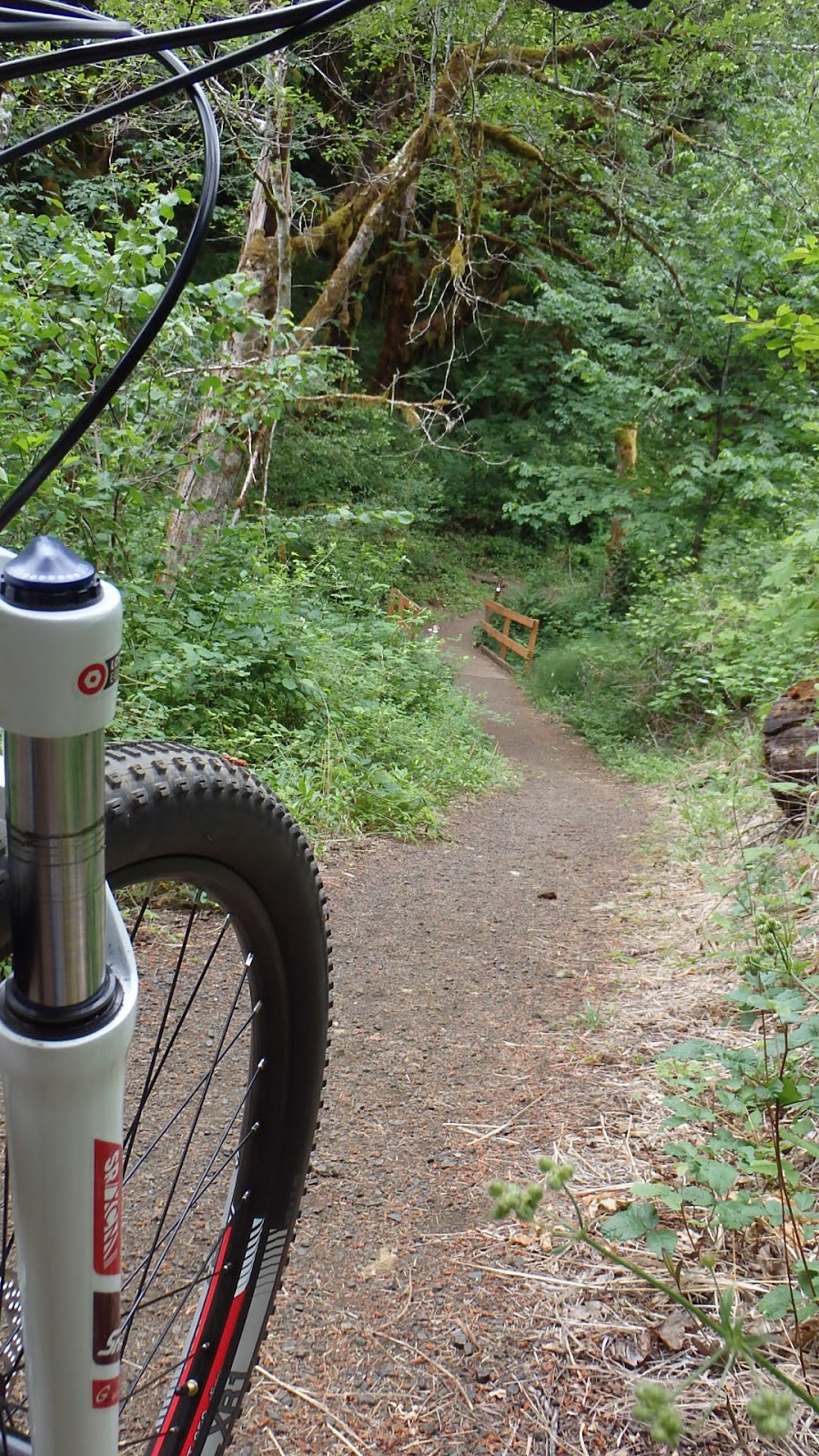 It was a great ride and sure beats loading trucks all day, I may have to call in sick Thursday ;)

- Troubadour on a Trek