Right Tool For The Job


Don't get mad, just use a bigger hammer.

With any job there's the right tool, and many, many wrong tools. Using the wrong tool to accomplish a task can be dangerous, and if you're unlucky, can cause injury. 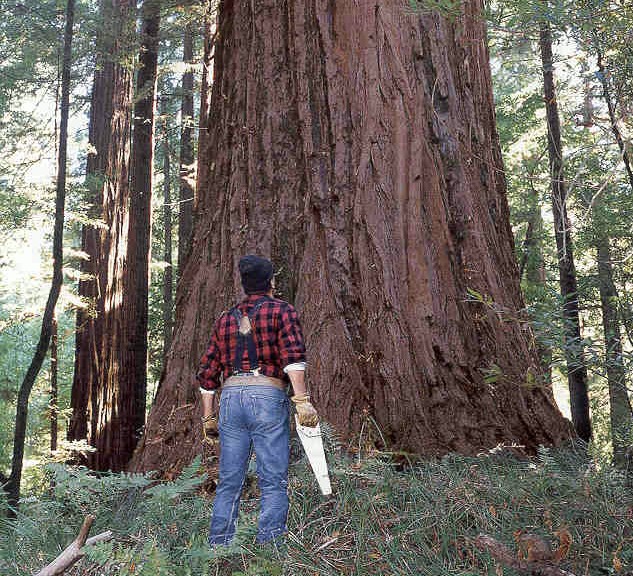 I recently used the wrong tool for a job, and fell off a ladder. I was using a ratchet and socket to tighten a lag bolt into a post; I have an impact driver which would have worked much better, and it did the second time, after learning my lesson. But more importantly, the other tool I was using which was the ladder was too small. Unfortunately, I was a little slower learning this lesson as I had gone out and purchased the same sized step ladder to replace the one I broke when I fell.
Guess what? Yep, a mere two weeks later I fell off this ladder too.

I'm okay for the most part. I may or may not have sprained, or fractured my right hand/throttle wrist. It is still sore nearly 4 weeks later. I also bruised my pride. 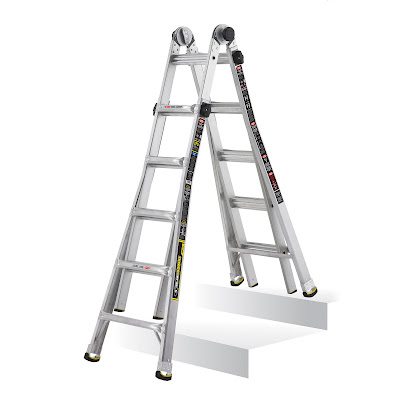 So speaking of heavy, cumbersome and noisy. My Tiger is designed specifically to do a job, and I have been known to use it beyond that specific job. I've taken it down the primrose path a time or two too many, and dropped at least as many times doing so. Not the job for what it was intended. 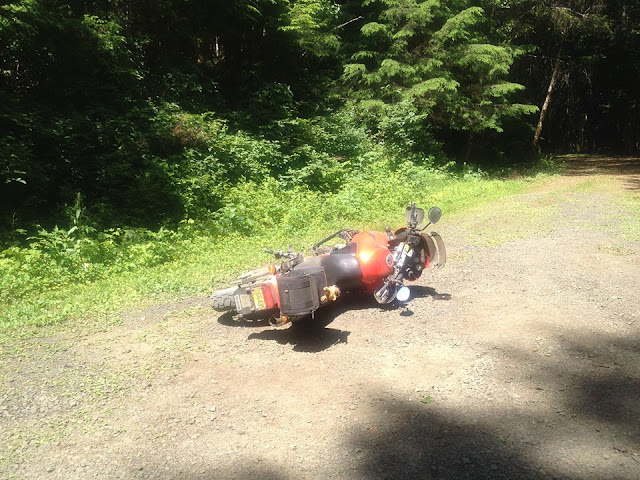 The Tiger is a 500+ lb. adventure touring bike, meaning it does street and gravel roads quite well, anything more adventurous than that and you're going to have a bad time. 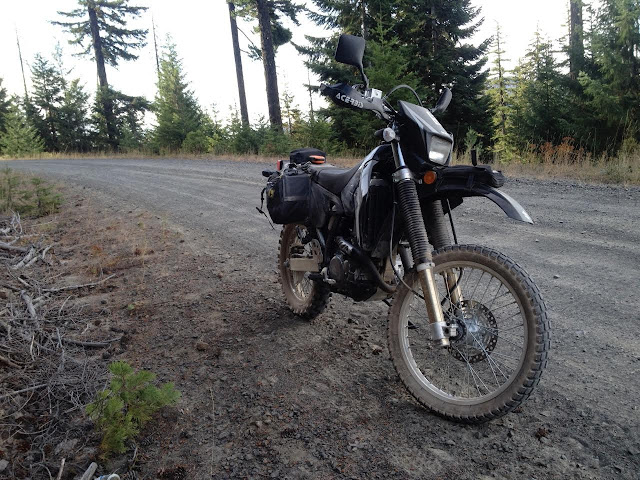 I have my Suzuki DRZ400S, a much better tool to use when adventure overcomes sensibility.

My intent was to put more street oriented tires on the Tiger and use it primarily for street riding, with an occasional gravel road thrown in to keep me on my toes. Well, that opportunity presented itself much sooner than I had anticipated. Team Oregon invited instructors to practice slow, precision maneuvers, setting up several drills from their police training course. Of course, again, adventure overcame sensibility and without hesitation I signed up. I received an email confirmation with a list of things to do to our bikes in preparation.


Because of the advanced, low-speed nature of this course, we recommend you prepare your bike:


I went out to the garage to confirm what I suspected, my rear tire was indeed worn.
Time to buy new tires.
Oil change and filter? Meh, that was just done recently.
Remove damage-prone accessories? Gulp! What am I getting myself into?
According to Pat Hahn, "scratches are street cred; the second exercise is taping up your bike".

It's not the bike I'm worried about, I've dropped the Tiger more times than I can recall. I am however getting a little tired of falling down and hurting myself.

I ordered up a set of Metzler Tourance Next tires, claimed to be a dual compound, 90/10 street/gravel tire. The same tires Polar Bear Andy has on his newly acquired Tiger and recommended. 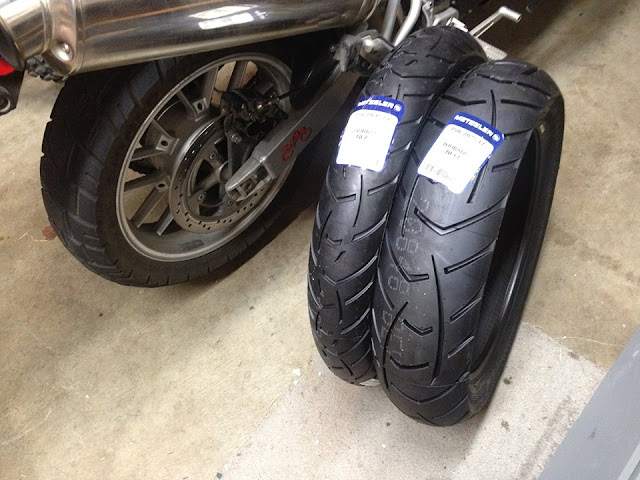 Then I got to set up my new tire changing set up, a Tusk tire stand, a couple of rim savers, and a Baja No Pinch tire mounting tool (highly touted by Richard himself). I don't know why I didn't consider the front and rear axles being different sizes, I only bought the 20mm axle shaft. I needed a 17mm for the front. D'oh! I had to do it the hard way. 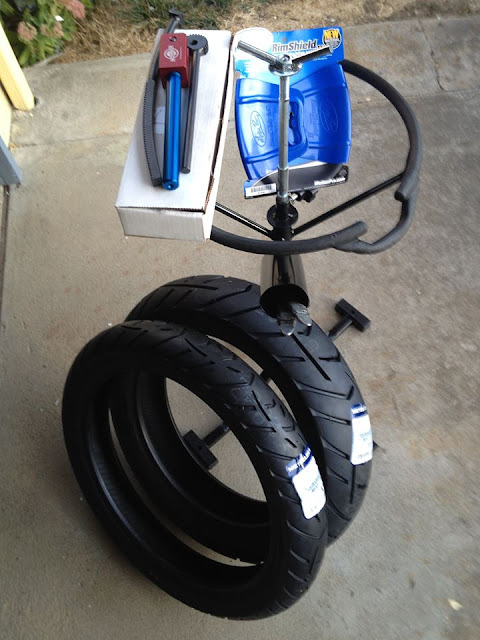 Once I mounted the tires and balanced them, it was off to work the next morning to scrub them in. Wow! New tires are the best, but these make turning in so much easier and not nearly as sluggish as the Shinko 705s I'd been using all these years. I wanted to feel how the new tires were in gravel, they are definitely a 90/10 tire. I don't particularly like them in gravel, hard pack is fine, but loose gravel es no bueno. The hefty old girl tends to wallow more than pounce. I'll have to drop the tire pressure and try it again.

Saturday afternoon came and it was go time. The first exercise was learning the proper technique on picking up your bike.

Then, sure enough and as promised, the second exercise was in fact taping up your bike. We used pieces of firehose, zip ties, and Gorilla Tape to save what we suspected were the touch down points. 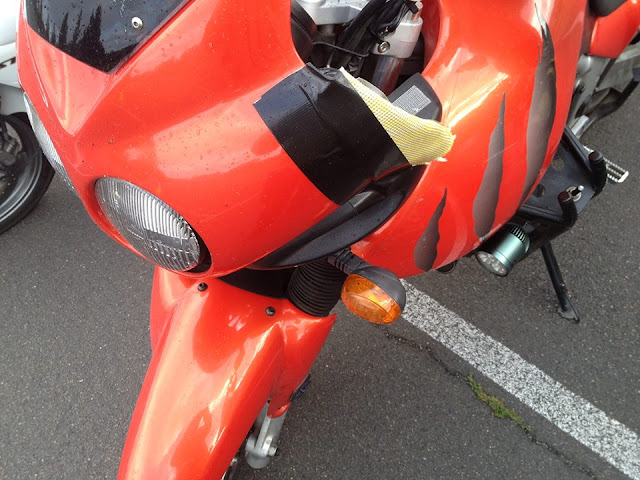 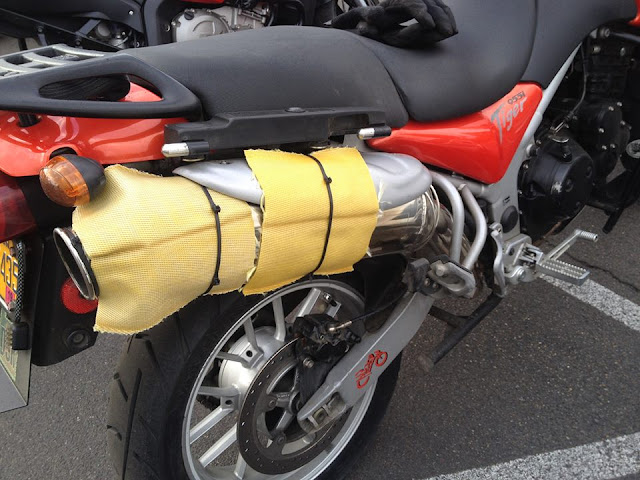 The first "riding exercise" was the box, which consisted of two consecutive U-turns, or a figure 8.
Before we started I was called over by both instructors whom recognized my new tires upon arrival. After learning I had less than 100 miles on these tires, they both advised that I take it easy for the first couple of exercises.

Out of the box we went into a tight radius "S" turn, before finishing up with a sharp left turn.

So far so good. We all practiced for 20 minutes or so to limber up.

Next was entering a "T" intersection for a tight turn from a stop. We were to signal, stop, and turn without putting a foot down.

Well, not to disappoint, I was the first... and the second one in the class to drop their bike, on the same exercise. Good, that should make everyone else in class a bit more comfortable.

I failed to load up the rear wheel and stalled the Tiger mid turn, both times. Maybe I'm not such a slow learner after all, because I nailed it every time after that, it's all in the technique.

From there, we went to the "Iron Cross" intersection.


Not our class, courtesy of youtube member - j coppeta

That was fun, one of my favorite exercises as we could go around either to the left or right. We were also able to go back and practice any of the previous exercises on our own, at our leisure.

We moved onto the offset cone weave, which is much more challenging than the one we set up for our students in the Basic or Intermediate class. I would be rounding one cone, leaning the bike in that direction while looking over my shoulder setting myself up for the next cone. Big head turns.

The last exercise was the keyhole, roll in, go either left or right, dip the bike around the corner then pick it up and lean it the opposite direction around the circle to pick it up again for the exit.


The Vancouver Police demonstrating the keyhole


It was a great day honing my skills, and I got to scrub in my new tires... and my bike. 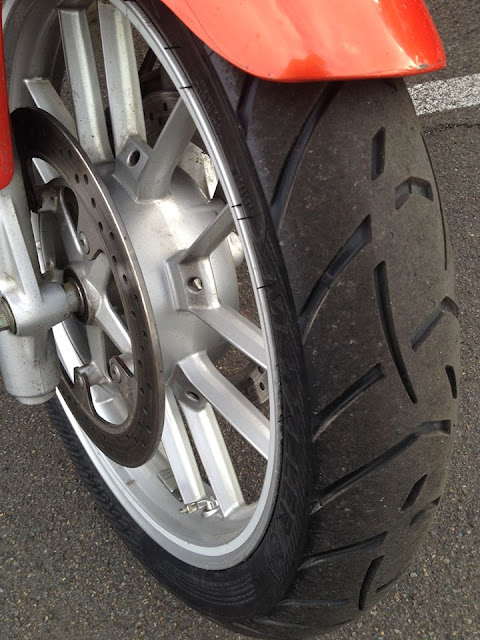 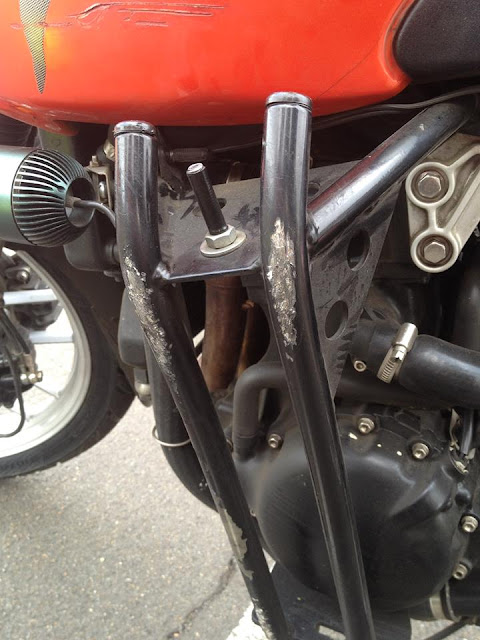 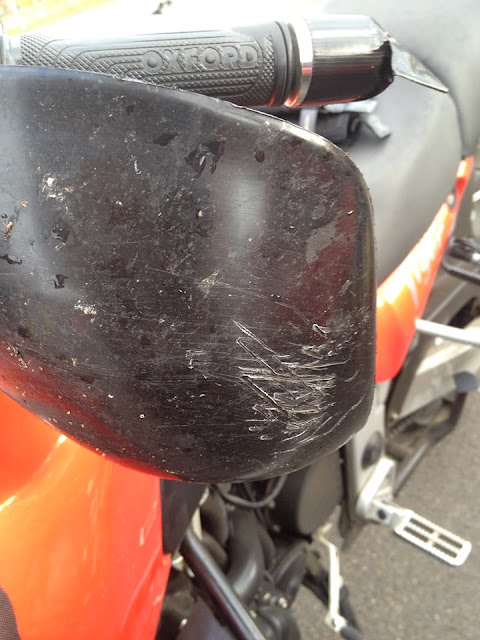 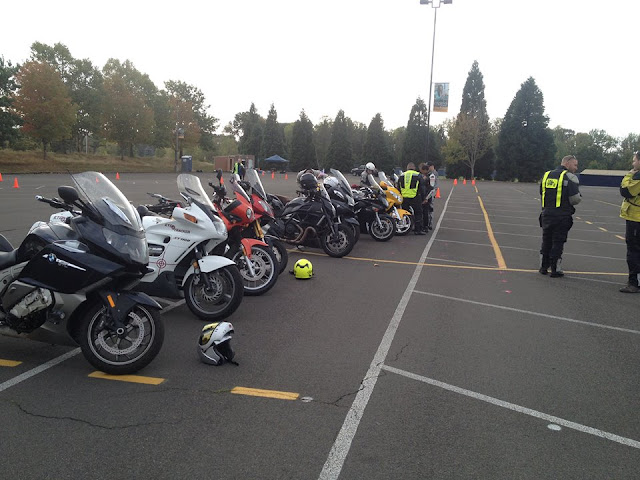 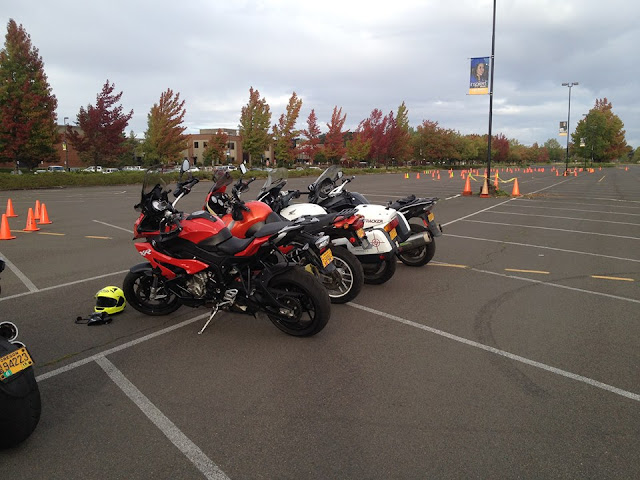 ~  “Regardless of where you started, there is always the next level. You need to keep leveling up your skills.” ― Mustafa Saifuddin