Now that we're nearly 3 weeks into the New Year, I can look back on 2014. My blog posts reveal a measly 8 posts which evidently relates to the measly mileage on the Tiger. I normally record and post my annual mileage, but for some reason I failed to do so last year. So much for New Year resolutions, maybe I made a record of it on Fuelly...  yep!

Wow! Only 6482 miles ridden last year. So how does that compare to previous years?

That puts my 2015 mileage trend/goal at 5130 miles. This of course doesn't include miles that I put on the XT250 and the TW200, or the Team Oregon training bikes, my lift truck at work, the 26+ miles on my mountain bike or the many miles of trails logged in my hiking boots.

Speaking of logged, in anticipation of Spring, we went out scouting out some local BLM roads to ride when the weather dries out. It got us out and plotting potential hikes, camping spots, mountain bike trails and I enjoyed a bit of "Subaruing" while my trusty navigator read maps and told me where to go. 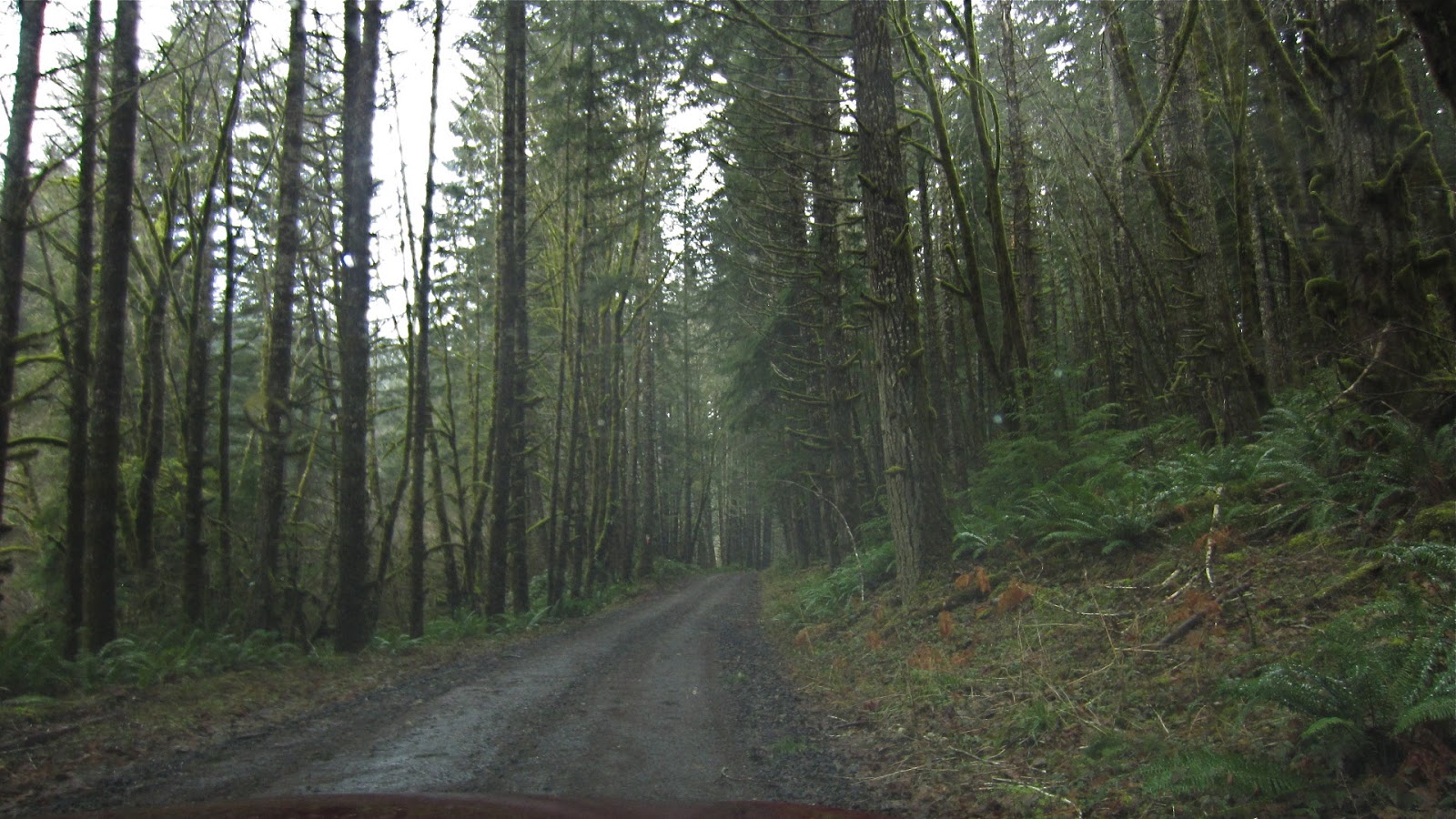 We made mental notes of landmarks and turns so we're not always stopping on the bikes and dismounting to consult the maps at every turn and intersection. I've been mapping a couple of routes from Corvallis to Cape Perpetua so off we went. 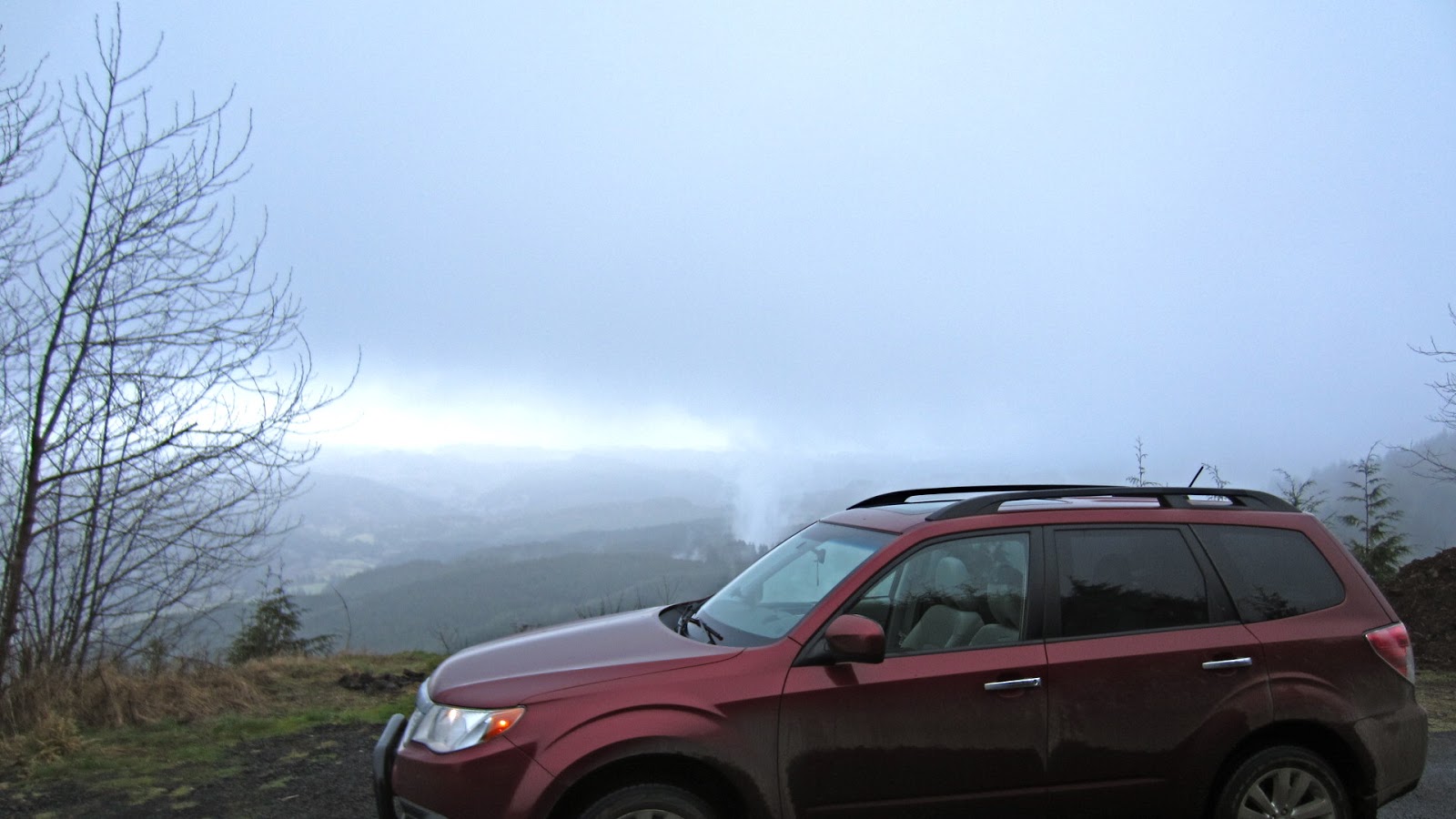 We didn't anticipate the debris on the road from the previous night's windstorm so we had to stop a couple of times to clear the road. 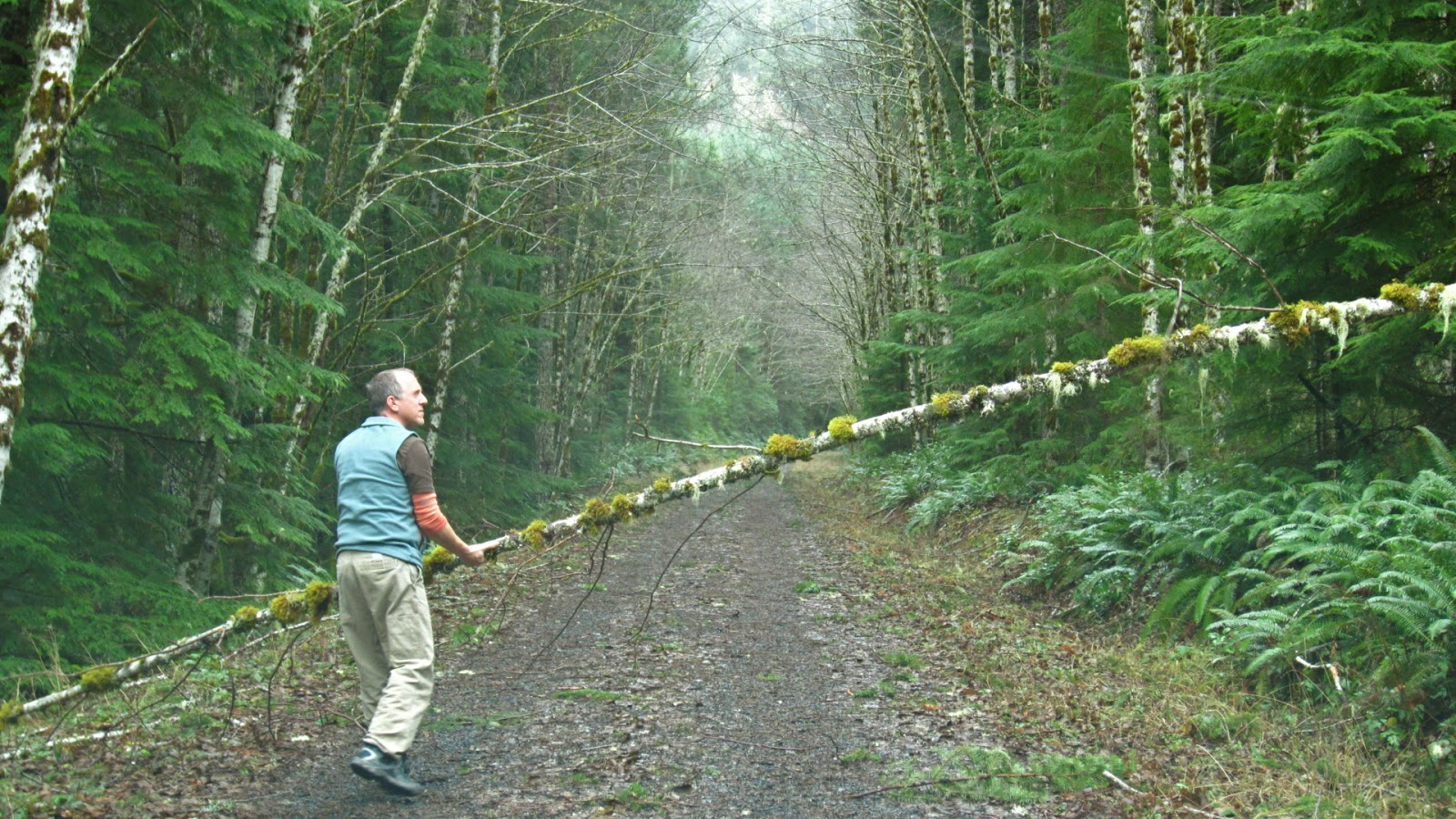 Unfortunately, one branch I ran over kicked back and dented the driver's door.


We didn't get a photo of the log we both got out to move, but it took the two of us to move it. I think I may need to put together a kit containing gloves, a tow strap, and maybe a pocket chainsaw. 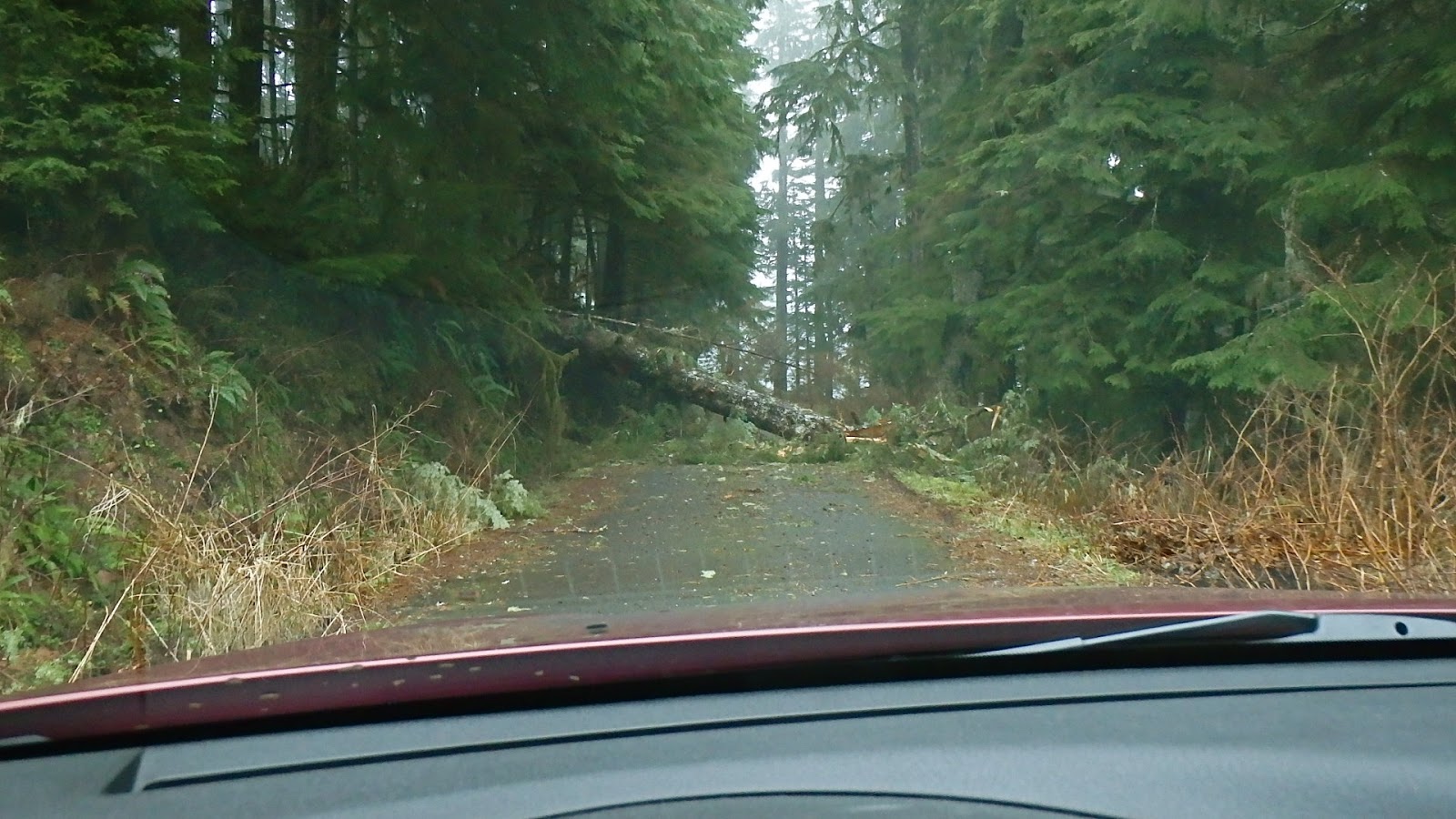 However, even with a decent kit we still wouldn't have made it through this bad boy. 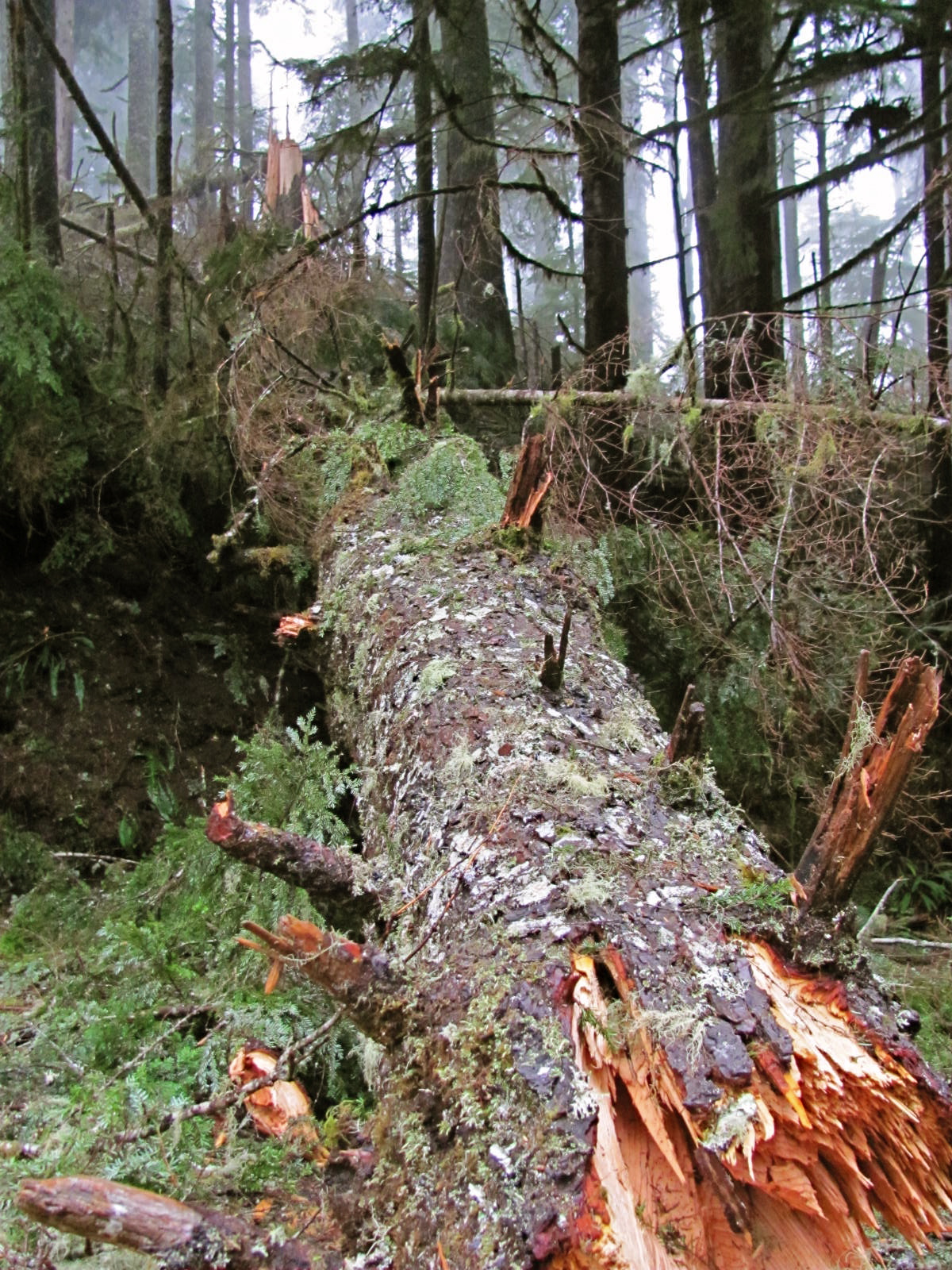 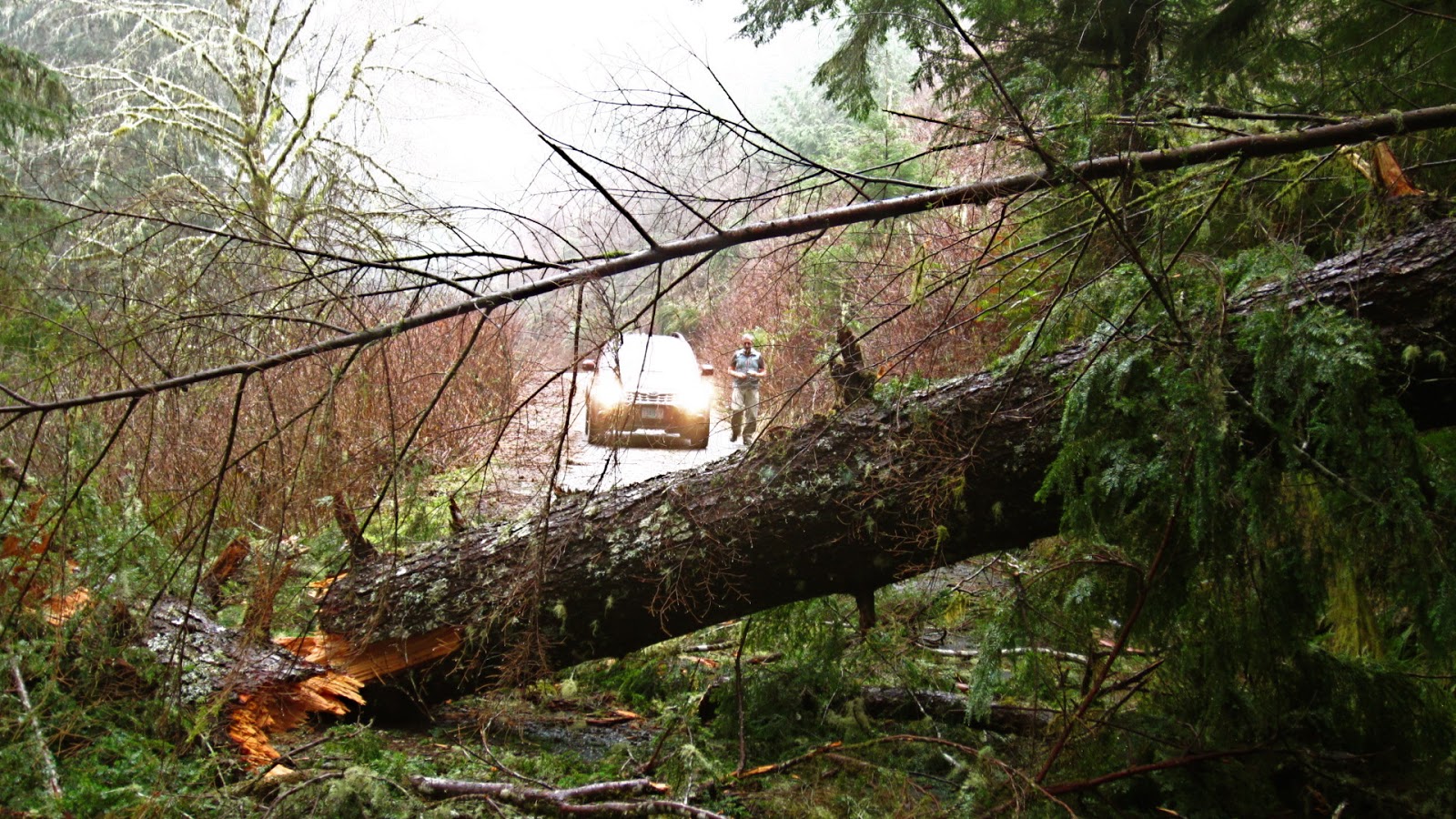 Brandy did find a way around, had we been on our bikes. 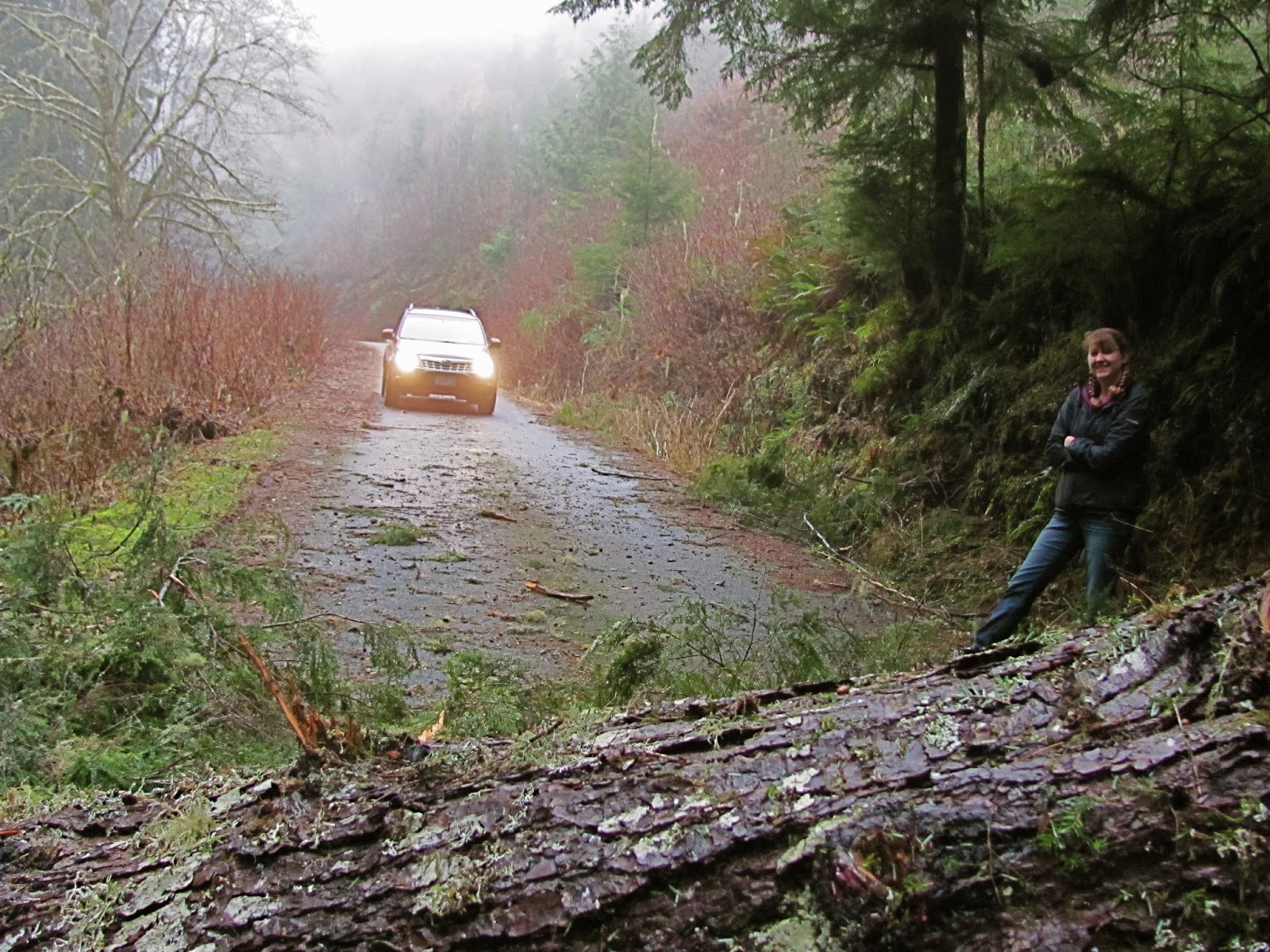 "Log blocked" only 4 miles from our destination, forcing us to back track 15 miles. 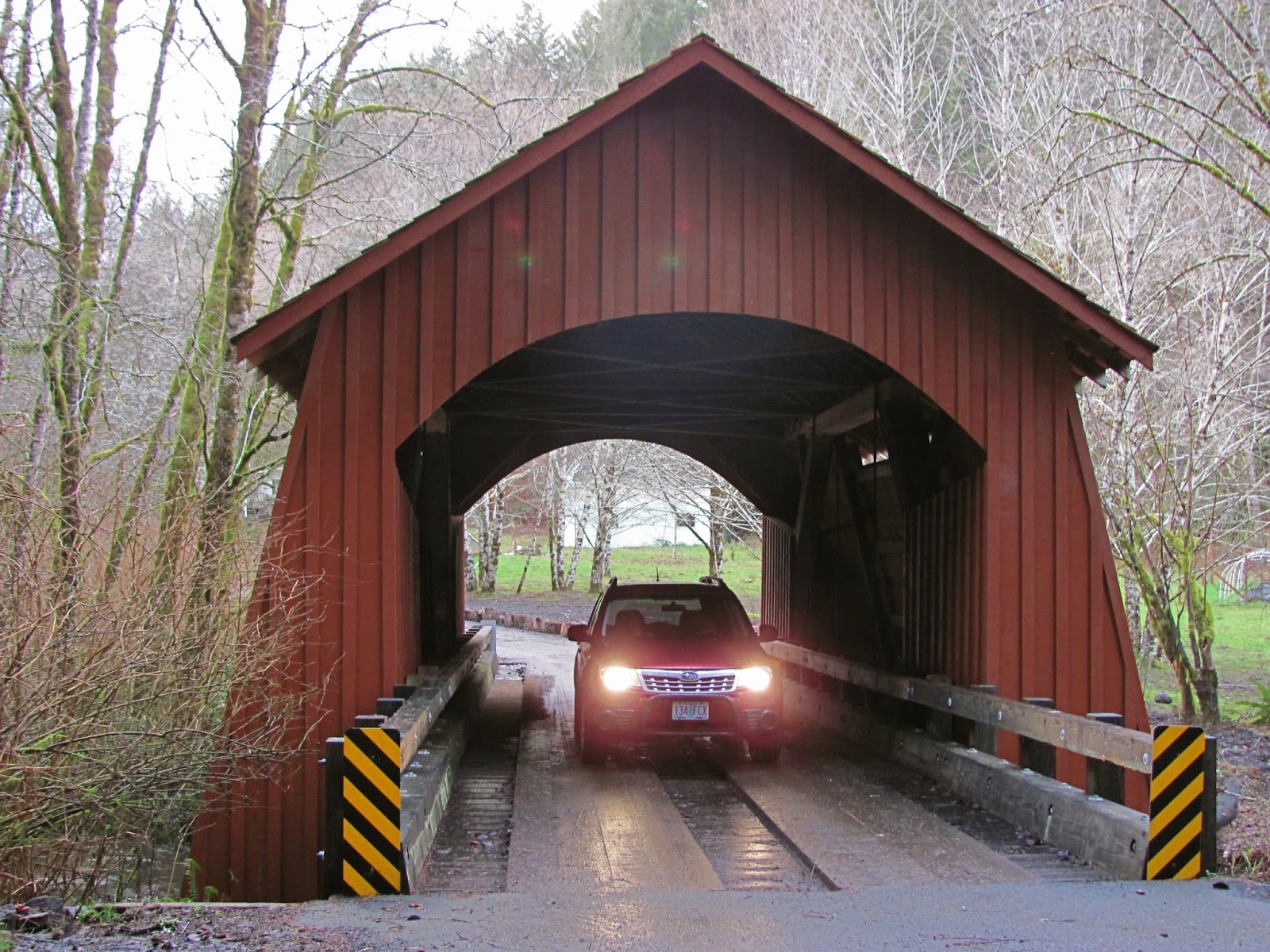 We turned around, headed back to the main road and managed to find Yachats River Covered Bridge for a photo before driving over to Yachats and Highway 101.

Then it was north to Newport for a Starbucks Chai Tea and try to make it home before dark.