...in all the wrong places, looking for gloves in too many faces.

When we visit motorcycle shops we generally stroll through the showroom, straddle a bike or twelve, then amble over to the clothing and apparel department. Having a closet full of old jackets at home and a couple of Aerostich suits means that I rarely try on jackets anymore. I have a scuffed up pair of Aerostich AD1 pants and a beat up Tourmaster Transition jacket I wear for gravel rides and spontaneous round-about spills on my DRZ.

I am very happy with both pairs of my Sidi boots, especially my Discovery Rain ADV boots, so I'm not in the market for boots for a while.

Trying on helmets doesn't interest me much either as I have a long oval head, so I have a pretty good idea of what will and will not fit my oblong melon, the Arai Profile... or so I thought. Arai recently redesigned the Profile, renamed it Signet-X and it won't fit my head, but the Shoei Neotec modular does... now. I've been waiting years to try a modular helmet, well worth the wait. Love it.

Helmets and boots are the two things you want to try on and buy from your local shop to keep them in business. It would be nice to buy all our gear from local brick and mortar, mom and pop shops. The only problem with that is local shops have to carry what's popular and what sells, which is typically leather.

Hence the never ending search, and a lot of trial and error of ordering online for a good pair of vegan gloves, hell, I'd settle for a half decent pair. Sometimes you have to go cheap to get manmade materials, careful what you wish for...

I wrote to Joe Rocket recently, asking if they manufactured vegan gloves and I received a reply with a long list of "vegan friendly" gloves. I had my eye on the Joe Rocket Ballistic Ultra gloves and placed an order through Rocky Mountain ATV/MC. 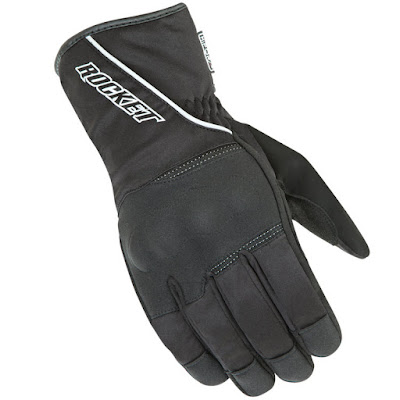 It wasn't until the weekend, when we went to coffee and a ride afterward that I discovered that they weren't as friendly as I was led to believe.


I found it interesting that if manufacturers are going to add leather to their gloves, even if it's only 1% it should be of the highest quality "Genuine Leather", as opposed to what.... imitation leather?

Leather is leather is leather, if it's synthetic then it's not leather, so I wish they'd stop calling it synthetic leather. I understand that leather unfortunately does come from different sources, such as a cow, a kangaroo, or a corinthian.

Although I've yet to meet a Corinthian.

I wrote back to Joe Rocket mentioning my disappointment, thinking that there was nothing I could do but turn a blind eye and keep the gloves. I received a reply letting me know that the representative that I emailed originally no longer worked for Joe Rocket and if they may be of some assistance. Now I've worked in customer service most of my career, so I know to ask what the customer wants and then offer them what you can do. I told them that I had worn the gloves and tossed the packaging, believing that these were truly vegan friendly gloves, however I would accept a full refund from Rocky Mountain.
Expecting nothing, I was surprised when I received a reply stating that is exactly what they would do. Really?!? I looked up the email address of whom I was corresponding with to find it was Joe Rocket's distributor, Rocky Mountain's supplier. Return the lightly used gloves and Rocky Mountain ATV/MC would issue me a full refund and that would take care of everything on their end.
Now I don't know if they looked up my account and realized that I spend hundreds, if not into the thousands of dollars with RM ATV/MC, but wow that's customer service.

Prior to this I shared the list that Joe Rocket had originally sent me in a vegan group, and afterward had to go back and edit it stating that these gloves were not vegan after all. I suspect that a certain friend (even though it is rare that vegans have many friends) somehow discovered my dilemma and offered some help. 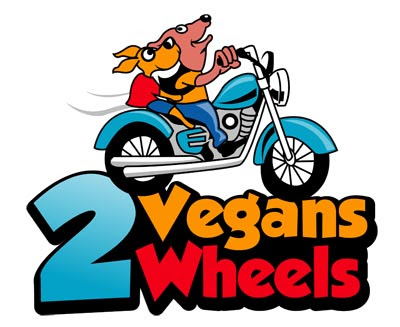 Don from 2Vegans2Wheels had a pair of vegan gloves he had ordered but were too small and offered to send them to me. Don is a tall guy so I was certain these gloves would fit, and they do. My search was over! What I didn't realize was how well constructed these gloves were and I immediately looked them up.

Motoport also makes a winter glove, which I'll be ordering as soon as they come available. They also make jackets, pants, and suits. Although I'm a fan of Aerostich, they haven't been able to find a replacement for their discontinued vegan gloves...