According to the Oregonian: Seventy-five percent of the state is in severe drought, with another 24 percent in moderate drought and about 1 percent in extreme drought, according the U.S. Drought Monitor.

I beg to differ, as the mud and slime we experienced yesterday definitely proves otherwise.

Polar Bear offered to haul me and our bikes out to Shotgun Creek OHV area for an afternoon of trail riding.

I'd never been to Shotgun Creek and despite hearing conflicting stories of the trails I decided to give it a go.

One of the stories I have heard from a very experienced KLR650 rider and friend is that they call it Snotgun Creek for a reason, it is slicker than snot. I've also heard from coworkers that it is quite technical and I've heard mutterings of a rock garden.  We did not attempt this.

Well then... Never Let Fear and Common Sense Stand in Your Way (NLF&CSSIYW!)

We unloaded the bikes and I proceeded to watch Andy disassemble his bike trying to track down an elusive spark issue. Evidently it was a faulty kill switch button, so with a snip of the wires it wasn't long before we were gearing up and off in search of some trails.

We parked at the lower Crooked Staging Area under Andy's advisement that it is easier to roll a disabled bike downhill than it is to push it uphill back to the truck. That doesn't bode well, does it? We headed up an easy green run; much like ski mountain runs, offroad trails are designated by levels of difficulty from green to blue to black. Trail 26 starts off green then turns into Trail 22 which is a blue trail or "moderately difficult".

This is not my video, I found it online, but it is of the trail we took from the staging area.

Thanks and recognition to liv2day00 for the youtube video!

With a dualsport bike on DOT tires in February, I was definitely "broadening" my experience level.  As the trail transitioned from 26 to 22 and green to blue, the grade also transitioned from an easy climb to a much more challenging endeavor. The mud is a reddish, pottery clay consistency and the trail is heavily rutted which grabs your front wheel preventing you from maintaining any control of your bike whatsoever.

Unfortunately, I learned this the hard way as my front wheel climbed out of a rut then was pulled right back in, throwing me to the ground in an instant. As I hit the ground on my left side, something in my chest popped. Ahhh yes, that familiar feeling of an old injury from remodeling where I suspect I pulled a chest muscle or ligament. I picked up the XT, took a deep breath, assessed that nothing was broken... with me or the bike and proceeded up the hill to find Andy waiting. With both of us dropping our bikes once more on the way up, we stopped at a clearing to catch our breath.

Making our way up to the road, we followed it back down to the truck for a bit of a break then decided to take the easy road up to the upper staging area or the new Cascade View OHV Complex. I didn't have my lovely, and photogenic photographer with me to take photos so I found these online.


I did manage to snap a couple of photos of Andy practicing what he learned last weekend from Jordan Szoke. 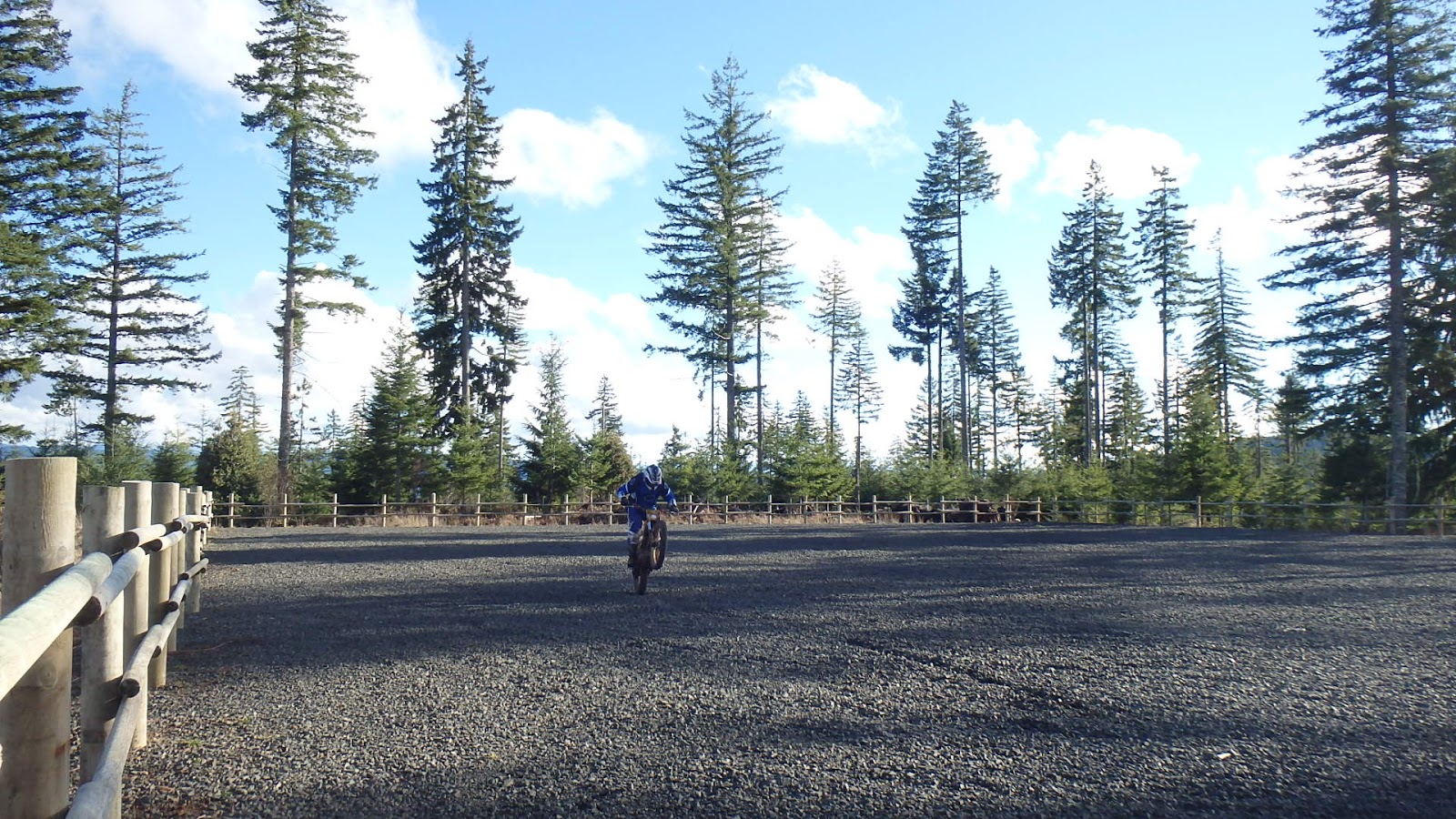 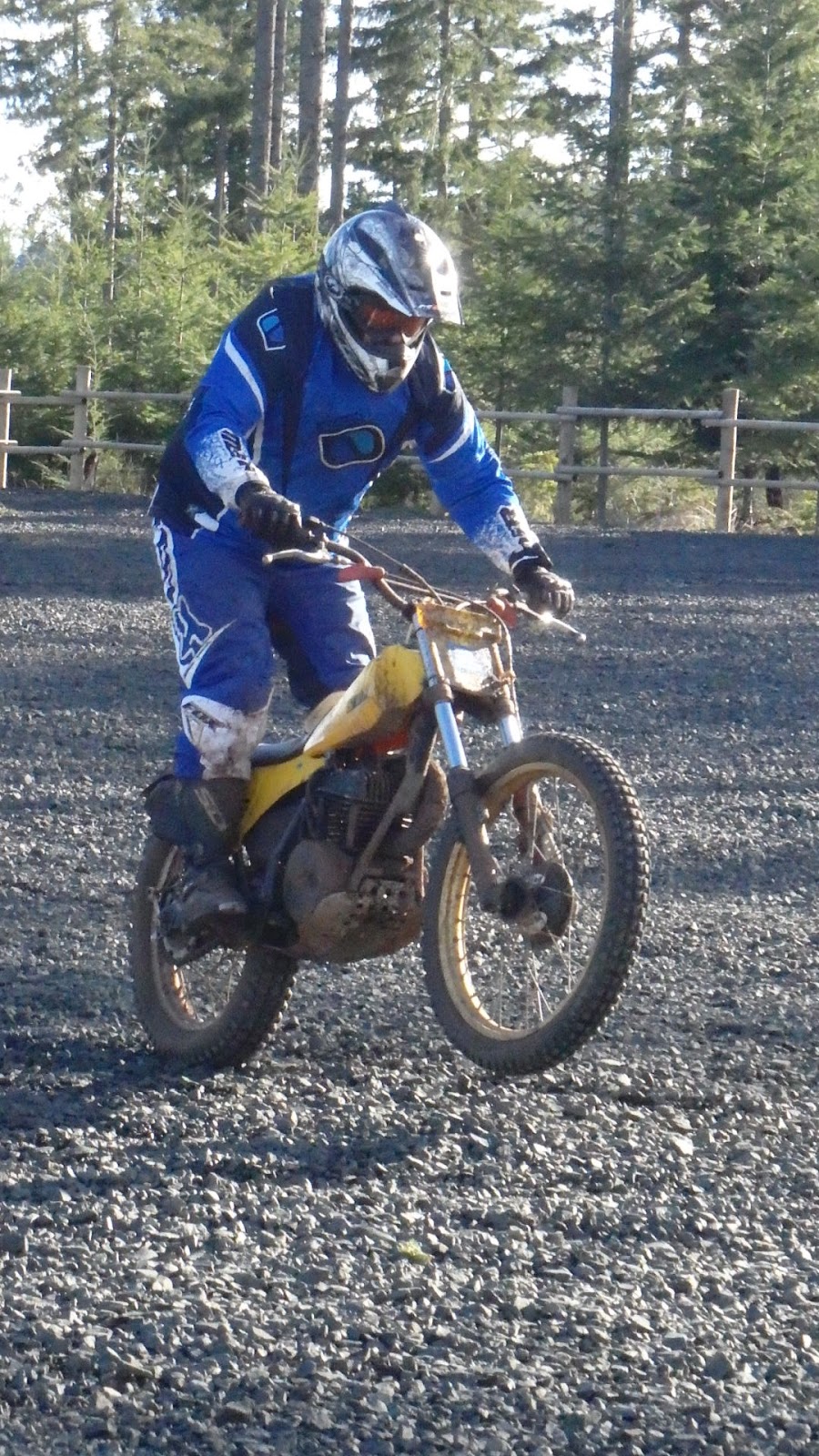 The sun was dropping so we rode back down to the truck. I did encourage Andy to try something stupid but I suspect he was nearly as sore as I was at the end of the day.

"Thanks for driving Andy!"