We followed our friend Dani's ride report and recommendation of the historic Wolf Creek Inn. She rode down here a week earlier to meet her sister from California and posted up a couple of points of interest and I used it as inspiration, making sure I followed her roads and stopped for photos. 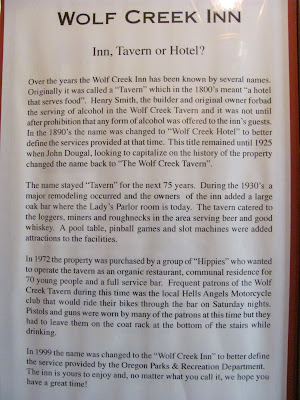 Wolf Creek Inn is believed to be the longest running hotel in Oregon and is now an Oregon State Park. There isn't much in Wolf Creek but a general store and a couple of gas stations, we were on the bikes way too long to hop back on in search for dinner. Suspecting dinner at the Inn was going to be pricey we decided to give them the benefit of the doubt. The menu was lacking vegetarian or pescetarian options and limited our choices so for $18.95 a plate we both had a pasta dish with a salad. No food pics, it wasn't anything special and not worthy of going back to the room for the camera.

Our room was sparse with no television, phone or bedside alarm clock. Furniture was of the period although each room was updated with modern plumbing and facilities. 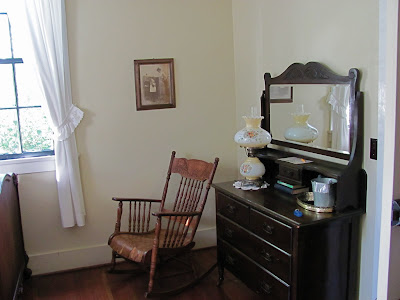 We hadn't made reservations and were fortunate to get a room even if it was two twin beds. Unfortunately, it was on the ground floor and the old building creaked and moaned until the guests above us went to sleep much later than we did. 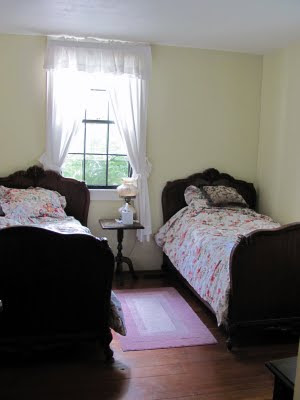 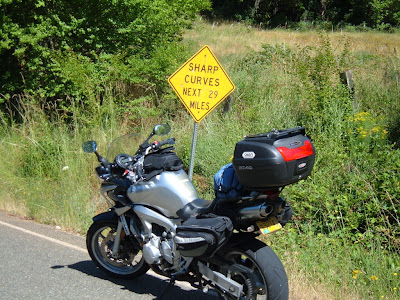 Dani's bike a week earlier.
And we did. 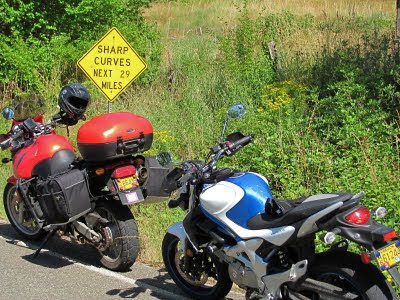 The road looped from Glendale north to Riddle with plenty of twisties to teach my apprentice cornering and lean angle, now that she was much more bright eyed and bushy tailed. We meandered our way up to Oakland and Dani's next stop at Mildred Kanipe Memorial Park while trying to avoid I-5. 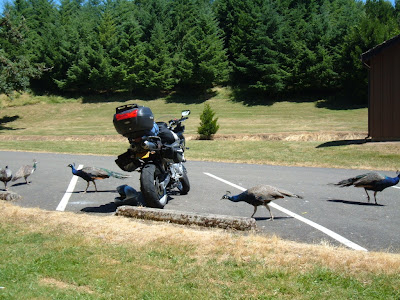 Dani at the park and the peacocks that I so wanted to see.
We didn't see as many peacocks in the parking lot as she did, but the one that greeted us was sure interested to see what we had that might resemble lunch. 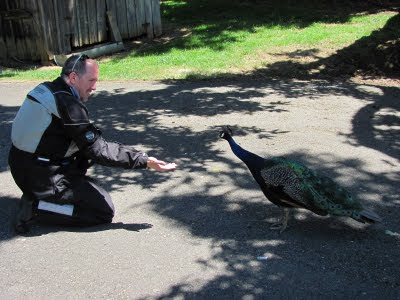 After a short visit having no food nor knowing what peacocks eat, it was a quick jaunt up Territorial Road along the Applegate Trail past Eugene and back home to Corvallis. The weather was perfect, not too hot and the trip was well worth it for 11 days post surgery test. I did scope out a few camping spots and I asked Trobairitz if she'd do it again; although it took some thought, she said she would and be up for camping along the way.