My Tent and Billy


Since our adventure down to Wolf Creek, scouting camping sites along the way and missing out on the OBDR I've been wanting to go camping on the bikes. I had all the equipment, just hadn't had the opportunity to put it to use.

While at bike night last week a friend mentioned he had been up to Crater Lake on his bike. The road around the rim had just opened a week or two ago and I had been meaning to get up there since last year. I pulled out the maps, found some campgrounds, loaded up the bikes and last Saturday we were off. I hate making reservations at campgrounds or even hotels for that matter, it puts a sense of urgency and obligation on the trip. You pay a deposit then you have to be there by a certain time or you lose the site/room and it just takes all the spontaneity, fun and adventure out of the trip. I knew there were plenty of campgrounds along the route and we were self sufficient so worst case scenario would be to pull off into the woods and set up camp for the night without a fire.

We left Saturday morning coffee, rode down Peoria Road, Harrisburg over McKenzie View and over to Lowell and up highway 58 to Oakridge where we stopped for a bite to eat and part ways with Andy as he went off to find gravel roads and parts unknown. Trobairitz and I continued on over the Willamette Pass down Hwy 97 into Chemult for something cold to drink before heading off into the woods. 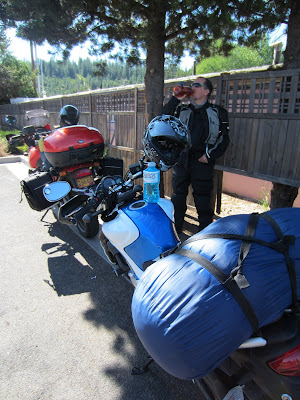 We could have rode down to Klamath Falls and found a hotel too if need be but we found a perfect site at the first campground we pulled into, Farewell Bend Campground off highway 230 just north of Union Creek. Stopping to look at the campground map and avoiding the playground area we eyed a site off at the end of a loop along the river. We couldn't believe it was available and quickly claimed it by parking our bikes and walking up to the camp host site to pay before setting up the tent, starting a fire and making dinner. 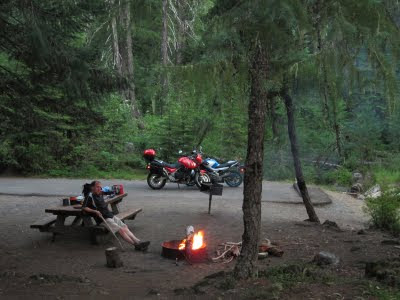 A nice little plateau for the tent with a river view. 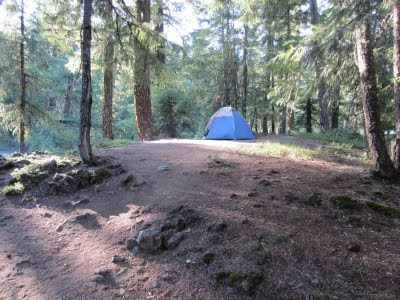 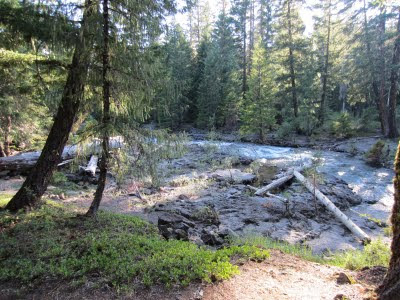 Of course my billy is the latest in camp technology and worth every cent. I love this thing, it boils water in just a couple minutes and makes one hell of a blow torch to start a campfire. 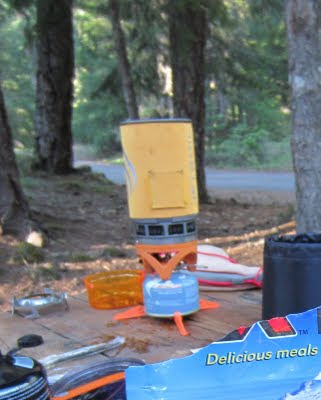 Sunday morning we were up early, put some hot oatmeal in us for breakfast and went for a walk down the trail to Rogue Gorge. 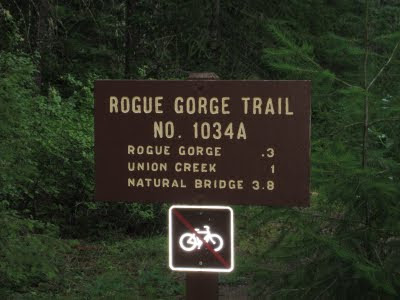 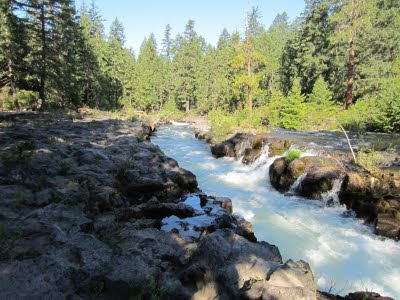 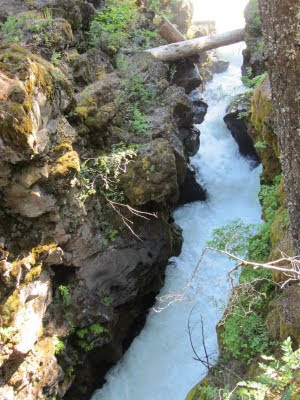 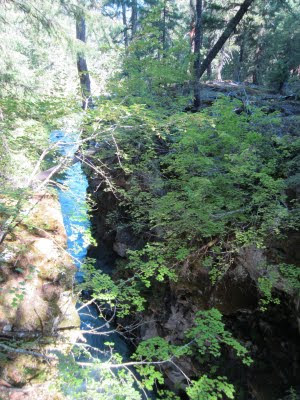 Then it was off to ride the rim. 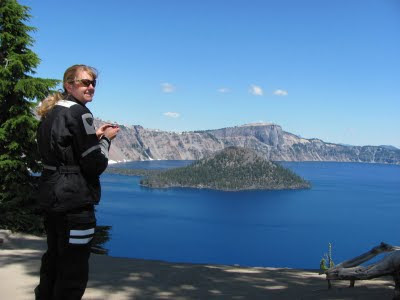 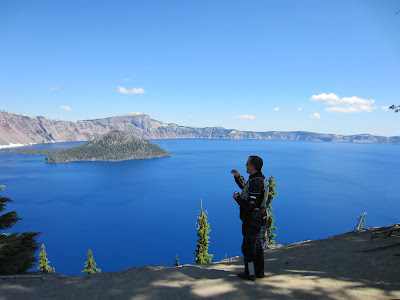 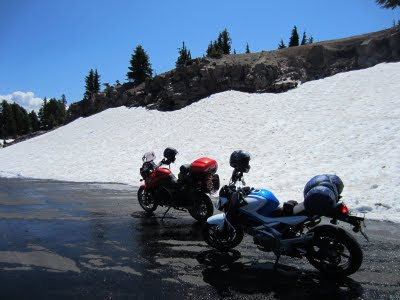 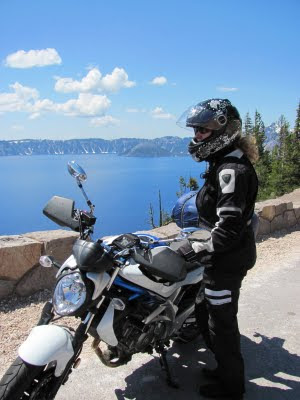 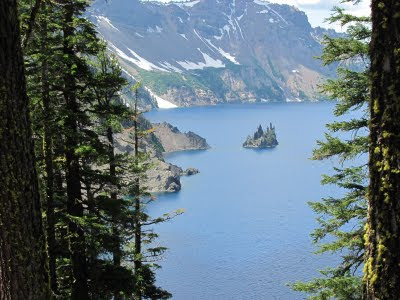 We had a great weekend, fantastic weather and an even better ride. Now we can't wait to plan our next camping trip.

Posted by Troubadour at 8:24 PM