I took this week off of work for a vacation hoping to do a little riding before school let out and the highways clogged with motor homes and camp trailers. Trobaritz and I were pondering a ride to the California Redwoods as she has never been and I haven't been through there since 1981. We planned three days to ride down the Oregon Coast into California and down to Eureka. It was somewhat of a spontaneous trip as we hadn't made a definite decision until Monday morning to leave the following day and that didn't leave much time to research a route, destination or stops along the way.

We left Tuesday morning from Corvallis down to Florence and then South along the coast. The weather was overcast and rain clouds threatened our trip but we had our gear and went on. First stop was Florence for coffee to warm up. 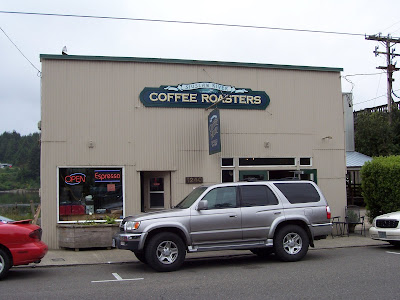 We stopped in Coos Bay for fuel and to warm up again. The skies were starting to clear up some and the threat of rain diminished. We stopped at Cape Blanco State Park, the home of Oregon's oldest lighthouse. 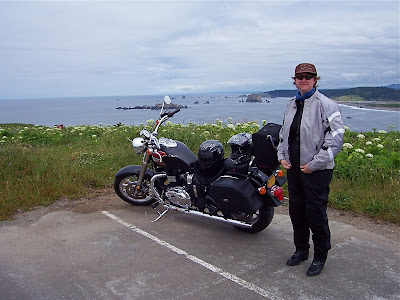 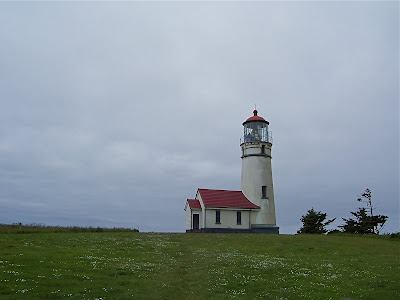 We took the tour and climbed the stairs. 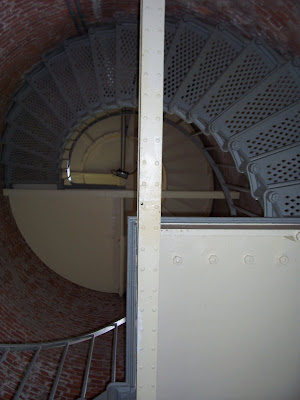 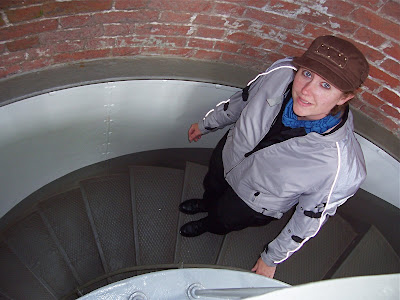 Up to the lamp which was originally a fixed oil lamp that burned lard and later kerosene. 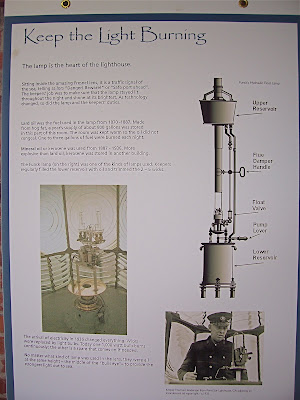 In 1936 the oil lamp was replaced with a French built, rotating lamp housing a relay switched 1000 watt bulb. 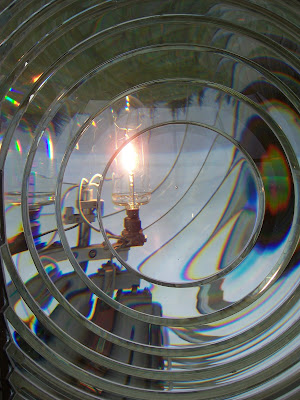 I decided to make a quick stop at neighboring Hughes House for a tour. 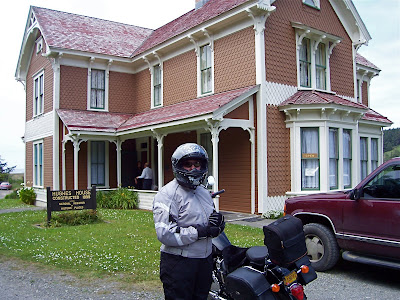 It was odd to see a lone Victorian style house built on the shores of the Pacific Ocean. I would imagine it a more common sight on the East Coast or in a small coastal town.

Post meridiem caught up to us so we moved on. The sun broke through the clouds and warmed us up so we stopped in Port Orford to enjoy a pack lunch. 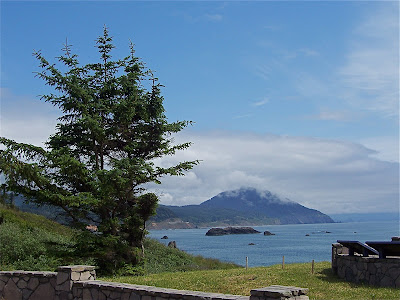 A leisurely ride, one more stop in Brookings for coffee and then off to seek accommodations in Crescent City. Overall, a nice day, a great ride and we found a jacuzzi suite to ease the aches and soothe the muscles of a couple of weary travelers.