We drove up to Portland on Saturday to check out the 2008 All British Field Meet at the Portland International Raceway. 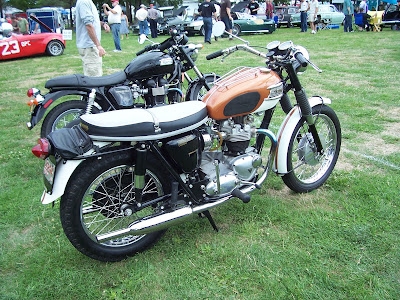 It was my first time to the P.I.R. and what a great opportunity to check it out, admission was reasonable and there was plenty to see. Vintage car racing, a car show and even a few bikes were on hand to represent. It would have been nice to see a few more bikes, gear and parts vendors and some food vendors (at least a fish and chip truck) but maybe next year. We took the car as I am not fond of PDX traffic on a bike anytime, let alone on Labour Day weekend, but I may have to register and enter the bike in the 2009 show. We spent a few hours there wandering around checking out the cars and bikes. 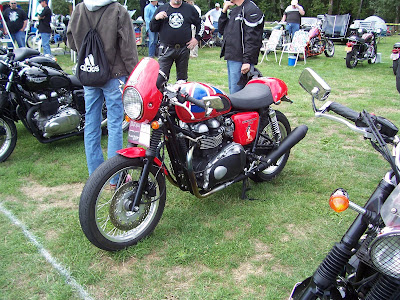 The threat of rain hung over the event while we were there but it was still sunny enough that Brandy brought home a sunburn as a souvenir. I fared much better as I am never shy about wearing my old man straw hat. 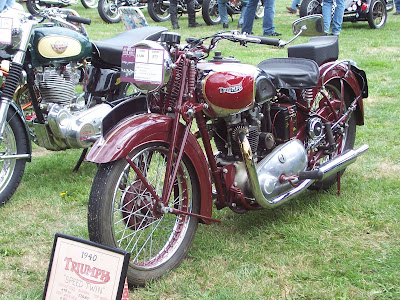 There were several different makes and models of cars present but I am partial to the Mini, probably because of the simplicity, functionality of design and that my mom owned a Leyland Mini when I was a kid. 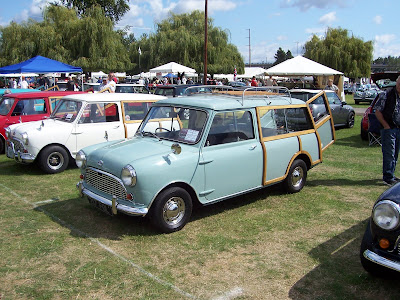 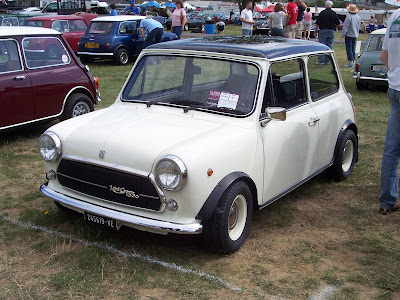 I do like the Triumph TR3, TR4, TR5 and TR6s as well, but it has always struck me as odd that not only one, but several British car manufacturers would design, build and sell so many convertibles for such a wet climate. 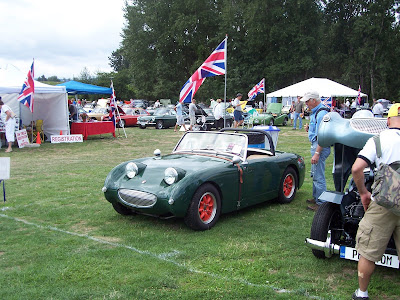 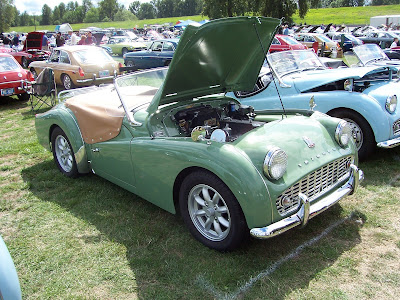 We even saw a couple of Ford Cortinas, another car my parents owned when I was just a wee little lad. It was funny to hear, as we wandered around, the good old boys tell stories of "I used to have a..."

I said to Brandy, I wonder if in twenty years I'll stand around talking about my 1974 Vega wagon I owned when I was a teen?
Well, I didn't have to wait 20 years, as we stumbled upon a car show in Newport today and a 1976 Vega wagon. I fell right into reminiscing and it was too late...I said it to the owner..."I used to have a '74"
Posted by Troubadour at 9:10 PM