What's in your wallet?

Coming back into town from Bend last weekend we stopped for gas so Bobskoot and SonjaM could top up before heading over to the coast, Trobairitz would be fueled up before our next ride and I would be good to go for my daily commute to work.

We all pulled up to separate pumps and when I removed my gas cap, grabbed my wallet from my pocket and opened it, a paper gum wrapper I had stuffed in my pocket earlier that day fell out and would you believe, scurried down into my tank. Aww crap, now how am I going to get that out of there? I decided not to top up so if I had to remove my tank I wouldn't have 30 pounds of fuel to heft off the bike, rode home instead and would figure it out later.

We had lunch with Bobskoot and SonjaM, said our goodbyes, then unpacked our bikes and gear from the weekend.


That evening, perplexed and wondering what sinks, what floats, I placed another gum wrapper in water and watched it float, but wait, isn't gasoline lighter and less dense than water? I put another wrapper a small jar of gasoline only to discover that it sinks to the bottom. So I grabbed a siphon hose and siphoned my tank, twice, hoping I would suck the offending matter up through the hose. No such luck. Then I pondered worse case scenarios by just leaving it and came up with a possible plugged petcock. If so, I could just switch to reserve, then I thought what if it plugged the reserve feed? Hmmmm, the wrapper sinks to the bottom, the petcock is gravity fed, not a lot of suction and the lines are higher than the very bottom of the tank so I hope not much chance of that happening.
It was getting late, I was tired so I left the other wrapper in the small jar of gasoline to see if it would break down, gets slimy or gummy overnight and it gave me a chance to think about it.

The top of the tank has a flange around the filler hole so simply turning the tank upside down wasn't going to work. 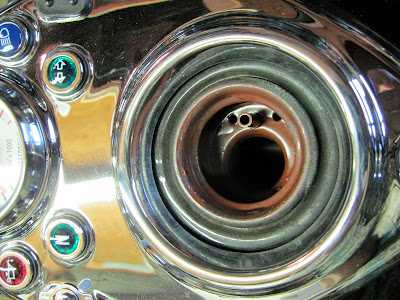 Someone suggested siphoning the tank and taping a piece of garden hose to the end of the shop vac and sucking it out. This brought up some urban legends and a question for Mythbusters, will sparks from electric motor brushes ignite fuel vapors?

I didn't need a visit from Fire Marshal Bill.


My only other option I could think of is to remove the tank and the petcock, drain it and flush it out through the petcock hole. All I needed was an extra hand and on the second attempt my assistant plucked it from the tank.


Several weeks ago I ordered a topcase for my bike so I'd have it for the Bend weekend. It was the same case that Bluekat ordered for her bike, unfortunately for me she got the last one that Sears had so I had to pay a little bit more and order one from JCWhitney. 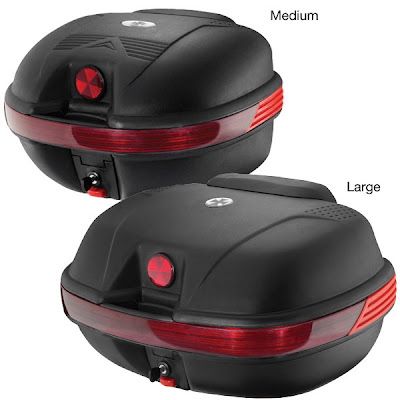 The only problem, I thought I was buying a large topcase but bought the medium case in error and it arrived the day after Bend weekend. I mounted it anyway and will use it until we ge a rack for Trobairitz's bike. I think it looks alright. 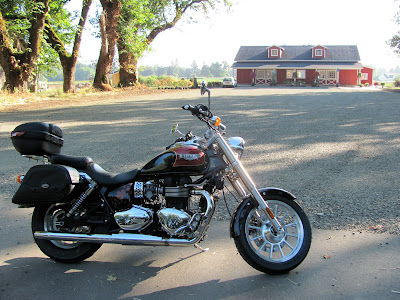 I took these pics on my way to work last week as I had to stop and commemorate a milestone of 20,000 miles on my bike. 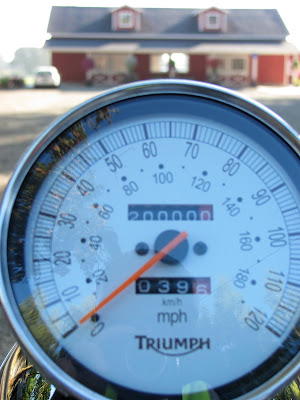 This weekend we headed to the coast to beat the 95º heat. There seems to be a little game of photo tag homage developing between certain bloggers, so this one's for you Bob. 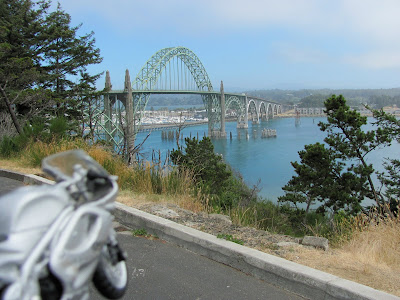 I captured this rare sight. 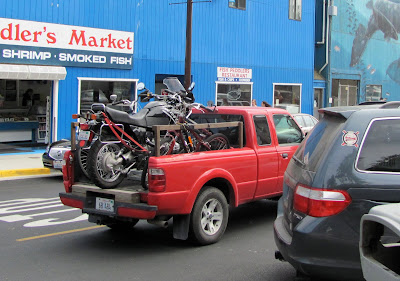 We came across this old barn, the coastal air has not been kind. 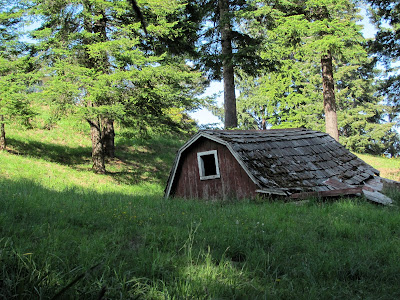 And we got lost chasing forestry roads that I am going to have to return to and explore on my dual sport next spring.

Posted by Troubadour at 9:43 PM