Well I guess it is my turn to add my story and photos to the International Moto-Blogger Convention pile. It's been four days now and I have a terrible memory but I know that I had fun. 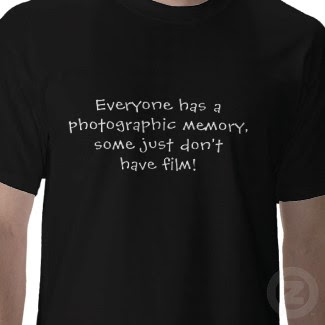 We headed out after Saturday morning coffee, a straight shot East across the valley floor to meet up with Bluekat and Ron. Then it was along the back roads, behind Foster Reservoir and around Sweet Home to Highway 20. This is a beautiful road with plenty of twists, turns, trees and scenery. A pleasurable ride with the group, four of the slightly quicker riders went on ahead while I stayed back with the novice riders. I didn't know what temperatures to expect over the Santiam Pass so I insisted we put our liners in our jackets and pants before leaving. Better to have it and not need it than to need it and not have it although it wasn't nearly as cold as I was expecting and was not long before we were shedding layers. Tbolt led the whole way and scooted us around Sisters as there really is nothing there but traffic with traffic on top of traffic with a dash of traffic thrown in for good measure. A short jaunt to our destination town and we were at the Bend Inn and Suites greeting fellow bloggers. Waiting for us was Richard from Fairbanks, Alaska. 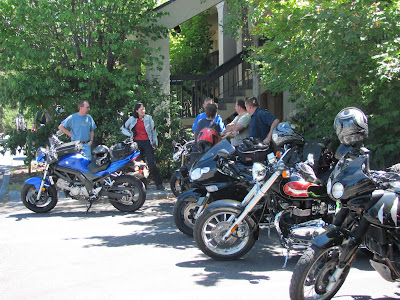 I can't believe he drove all the way from Alaska to attend our function but he did. Good thing he was able to amuse himself for a couple days with some sort of motorcycle rally in Redmond until we arrived.

It didn't take more than a few text messages to have Bobskoot and SonjaM arrive. 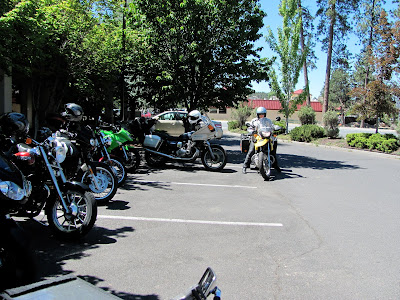 And before I could check in, unload my bike and turn around, Conchscooter was shaking my hand goodbye and we were off to make our lunch reservations. It was good to meet you, even if it was a short visit. Evidently, when you run with tech geeks just a few swipes on a cyborg phone gets you a table for 9 at the most exclusive restaurant in Northern California faster than than you get your helmet on. 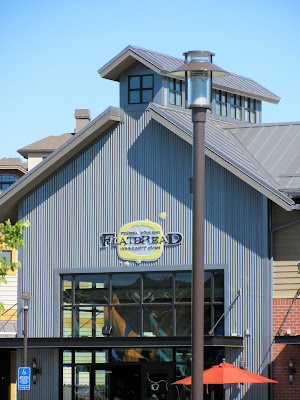 I learned that we were in the Old Mill District at Flatbread Pizzaria, a fantastic place and very good food. Thank you Stacy and Stacey for the suggestion. 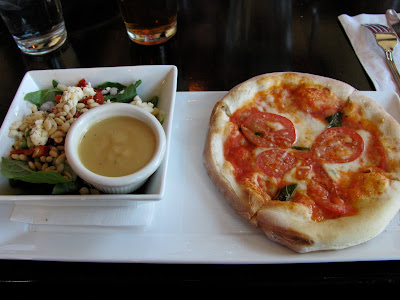 Rick left to catch up with some other friends of his to catch a Bare Naked Ladies concert in the park across the river and then to Portland in the morning.

It only took a text message or two to catch up with Irondad and we were "on our way" to meet up at his motel room. 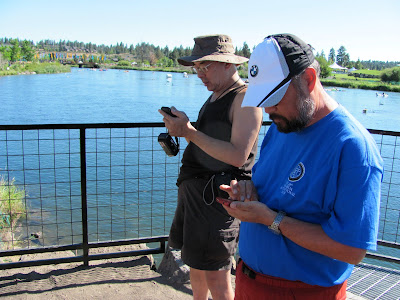 We spent the hot afternoon ducking the heat until the sun set and then we were off seeking a late dinner. We went back to our motel to park our bikes, drop our gear and change clothes before walking over to Shari's for a bite to eat. 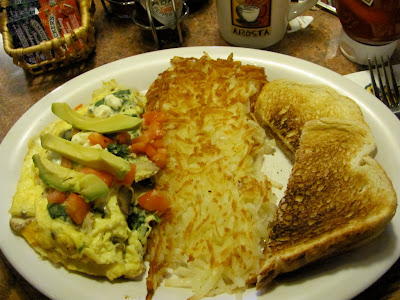 The next morning we were already seeking shade while repacking the bikes. 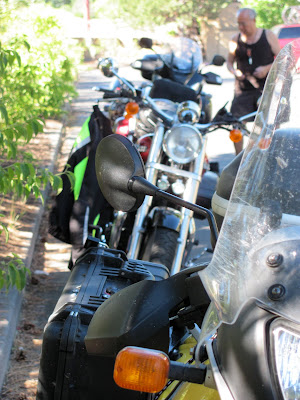 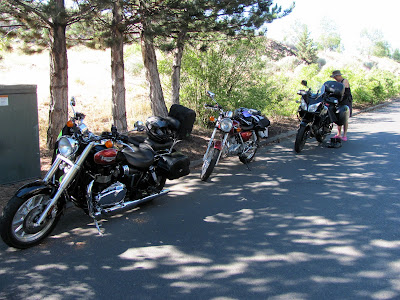 You don't need ATGATT when you're just scootin' across the parking lot. 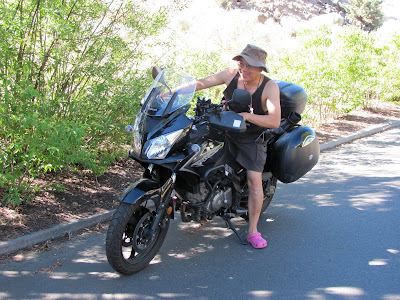 Then we met up at Black Bear Diner for breakfast. 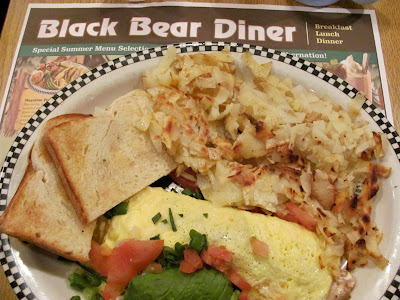 Stacy and Stacey were off on their own way while I led the group of six back over the pass. 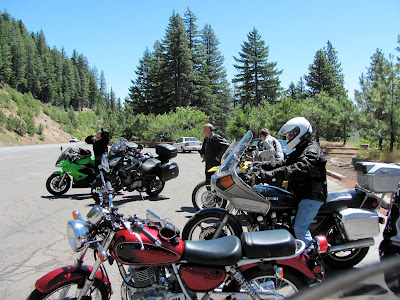 It was much too soon to say goodbye to Bluekat and Ron, we were having so much fun. We took time to have one more laugh, a few photos and we were off again. 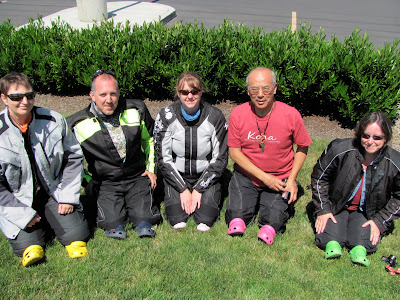 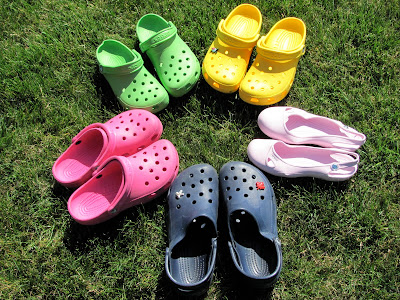 Trobairitz and I led Bobskoot and SonjaM home where we hopped in the car and went for a late lunch/early dinner at Cafe Yumm. We were all tired of oversized portions of American road food and opted for light sandwiches. 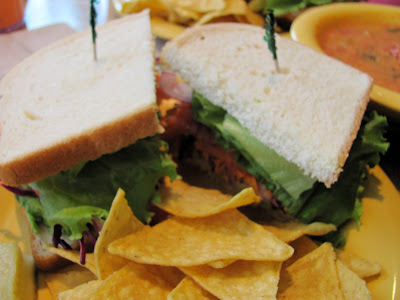 We saw Bob and Sonja off, promising to see them again soon. 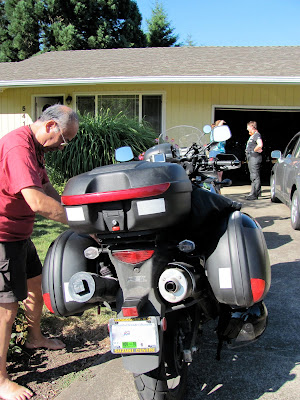 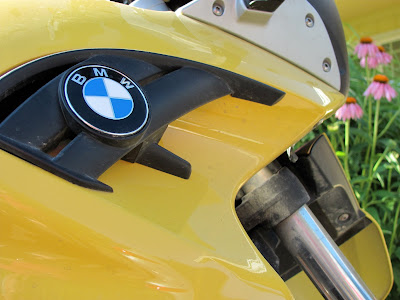 All in all, a great weekend with some new friends and familiar bloggers.