So eight of us on seven bikes went for a ride today to stir the oil, rotate the tires and clear the cobwebs. It was supposed to be sunny and 50º today, it was somewhat overcast with some sunny breaks and I'd hazard a guess of low to mid 40ºs. 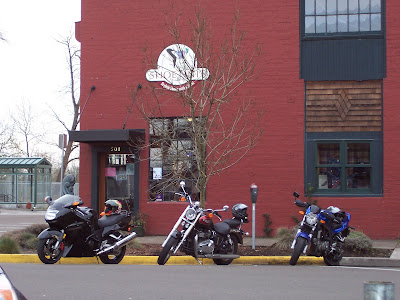 Bob was parking his Honda CBRXX Blackbird when I pulled up and Stacy came in after me on her Suzuki SV650. I met Bob through a bike night I set up last year, a great guy and he knows bikes. He described himself today as an engineer type and to listen to his stories and his knowledge I'd agree.
I knew of Stacy through Irondad's site and first met her in person at the Polar Bear Ride and she too joined us for bike night last week. 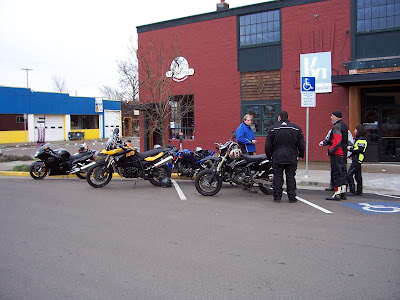 Eric (in blue) showed up next on his Harley Davidson Nightster, a very nice bike, I'll have to get some better pics. I met Eric last week at bike night.
Elton showed up next on his loud DRZ400, he initiated today's ride. Elton rode with us on a chowdah run last year so this is my second ride with him. 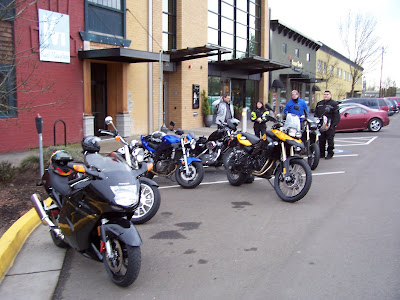 Matt arrived next on his new BMW F800GS, our first introduction was this morning. We were just waiting for one more bike, Troy and Mary I understand rode down from Portland to join us on their Harley Davidson 100th anniversary Ultra Glide. 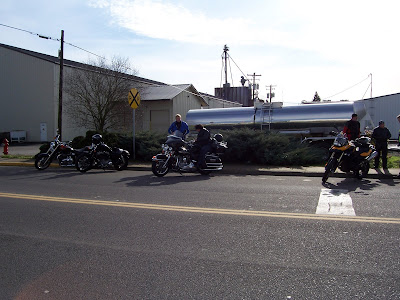 Less than forty miles into our ride we found some sunshine to bask in and warm up. I think the reflective tanker truck behind us helped. 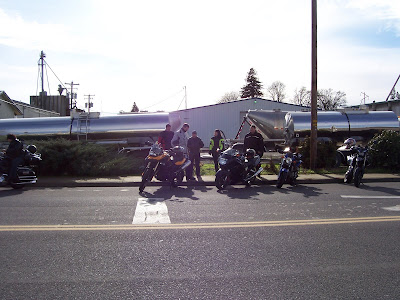 Everyone was cold but in great spirit so we rode on. 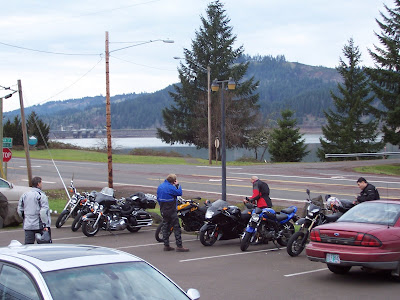 70 miles on the tripmeter took us to The Point Restaurant by Foster Dam for lunch. 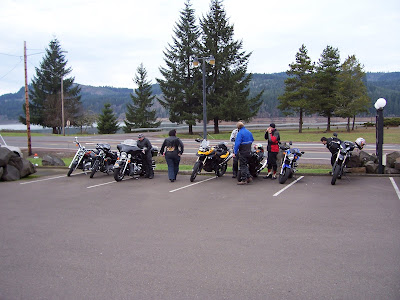 Elton bending over to check out someone else's bike, again. 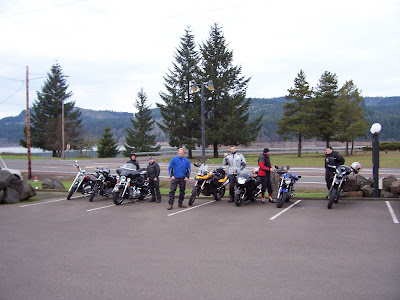 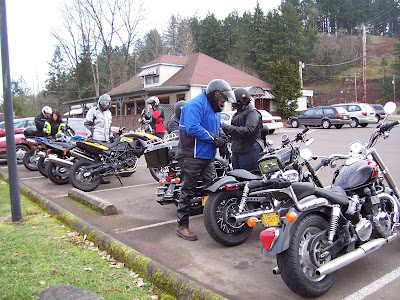 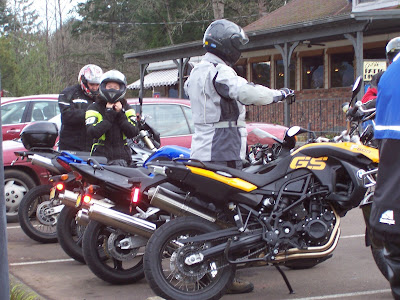 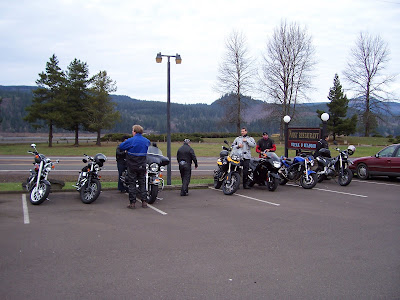 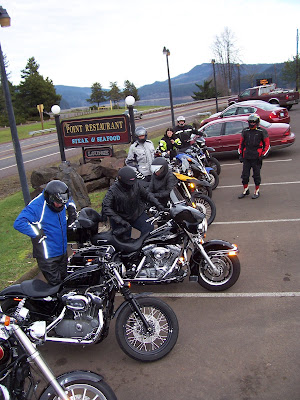 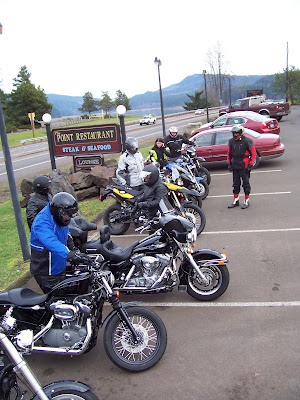 We couldn't go much further as the sign in the background states traction tires required and vehicles must carry chains. While open for interpretation, and although all but one of us had chains, we couldn't leave Eric and his belt drive behind. 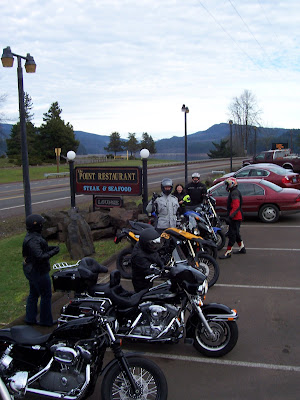 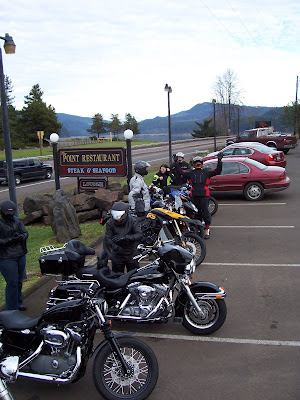 A brisk day and a great ride with some wonderful people.

-toodles
Posted by Troubadour at 9:23 PM