There was one loose end I eluded to on my last blog post that I needed to tend to, and I haven't been able to say anything until it was official.

After considerable consideration and even some apprehension...

I tendered my resignation as a motorcycle instructor. 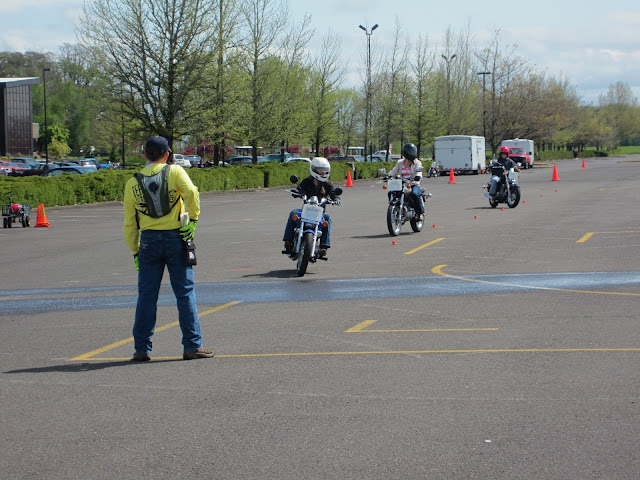 I have been a Team Oregon instructor since 2012, starting my journey auditing range sessions and volunteering to 'throw cones' in the fall of 2011. I don't remember how many weekends I volunteered, but it was more than required, I was hooked and they weren't going to get rid of me so easily.

I went through Instructor Prep training, then basic training as an apprentice and intern instructor before being signed off as range instructor. I quickly became a classroom instructor as well, after that I moved up to 'mentor' where I coached new instructors on their journey as interns and apprentices. Soon I was asked to take on the responsibility of 'On-Call' support, where instructors in the field would call to report any issues, and had support if they had any questions, or if problems would arise. I overheard a call come in Friday "There's horse poop all over the range!?!"

Over the past 6 years I participated in demo practices, cornering clinics, Rider Skill Practice courses (RSP), Advance Braking Clinics (ABC), and the new Precision Maneuvering Clinics (PMC), anything to hone my craft.

I contribute everything I've learned to become a skilled and proficient rider to Team Oregon, and I still have much to learn.

So why quit now?

This past year 2018 has been quite stressful, Brandy's boss retired, leaving her to find work. This resulted in having to move closer to Salem to ease her commute, so the entire spring and summer was spent looking at houses, selling our house, packing up and moving. We finally got moved in, somewhat settled and are now enjoying our new home.

However, there was one loose end left to tie up.

We were able to reduce Brandy's commute into work, however that left me with a 40 mile commute each way into work; I guess it's my turn to look for work closer to home. I considered Amazon's new warehouse in Salem, Home Depot's cross-dock center in Salem, even Do It Best and Winco distribution centers are in Woodburn if need be. Maybe something local in manufacturing would suffice, do I even want to stay in supply chain?


I dusted off my resume, added a few updates, made a couple of changes to shine it up a little and applied for a job posting in Corvallis. Oh great, didn't we just move from Corvallis to be closer to Brandy's work?

Regardless, I applied and waited patiently for either a rejection letter or an interview. Fortunately it was the latter and I was offered an interview. Now to search unpacked boxes for a dress shirt and tie. The interview went well and I was offered the position. Shortly after I tendered my resignation at Lowe's, which was easy enough, but there was one more stipulation.

Since I will be working full-time for Oregon State University, I'm not allowed to teach part-time as an instructor and I had to give up what I loved so much. This was the hardest pill to swallow, but as I mentioned earlier and echo the infamous words of Irondad himself "motorcycling is a journey".

My journey as an instructor was supposed to take me well into and beyond retirement, or so I had thought, but as Yogi Berra stated "when you come to a fork in the road, take it". 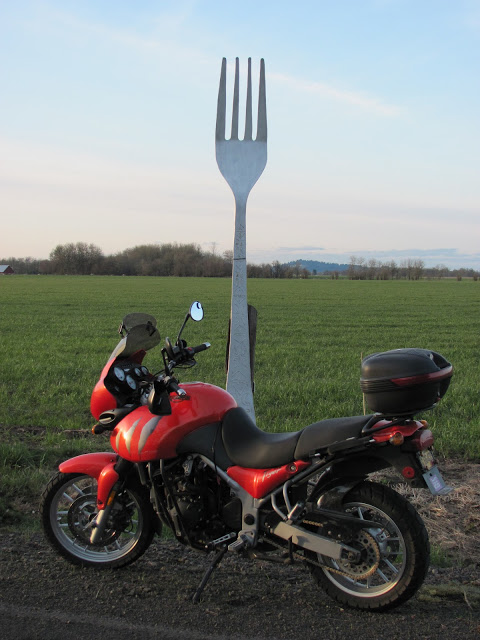 No matter how sad I am to give up teaching, what made it worth it is that I am now working for Team Oregon full-time as their new maintenance worker. I'll be behind the scenes, working side by side an incredible team of office staff, site specialists, and instructors. I have a lot to learn the next several months while playing with motorcycles.... I mean servicing bikes, maintaining and painting ranges, and managing an entire fleet of motorcycles, trucks, and trailers. I'll be in and out of the office, working in the barn, or off in the truck visiting range sites statewide.

Team Oregon just had an open house last Friday, welcoming the public to come by and check out the office and operations. I had fun working the event, meeting new people and showing them around.

I officially start Monday morning, it's sure going to be nice making a career out of something I love.

Posted by Troubadour at 3:40 PM