Oopsie Daisy and the Eclipse


Way back in January, I put in to take this week in August off from work, thinking we'd be in overtime and everyone else would want this same week off for the eclipse. My original plan was to partake in the Rat Dog Dual Sport Rally in Tillamook, then Monday ride up into the woods to a peaceful clearing and watch the eclipse.

Unfortunately, the media created all this hype that one million plus visitors were going to descend on Oregon for the eclipse. This would result in a shortage of food, water, and gasoline, as well as put a strain on the local electric and internet infrastructure. We could be without power or the world wide web for several days. Not to mention the ever present, extreme fire danger warning that Oregon issues every year. This year the Forestry Department shut down the forests, no burning at all, and closed any and all service roads, you know the fun roads. The influx of tourists were going to gridlock the entire state highway system, and burn the whole state to the ground.


I'm not much of a Chicken Little Henny Penny type, but I also don't care for crowds of people, large or small. The last thing I wanted to do was go off riding for two days, then not be able to get home, trapped on the side of the road or caught in a forest fire with no way out.

Change of plans, I can always do the Rat Dog next year and instead opted to stay home to work on honey-do projects that have been piling up in the corner. No people, no crowds, no problem. We rode our mountain bikes to coffee Saturday morning, just in case we encountered hordes of "eclipse followers". We rode through the eerily quiet OSU campus, through an empty park, and down to the unexpectedly unoccupied coffee shop. How odd, where are the million plus people? They must be coming.

We rode home and I started on a small deck project, we wanted to set up a screen to block the ominous two storey house behind us. I set up a small step ladder, measured and marked a couple of lines, and began attaching a bracket to hold a 2x6 base to a 4x6 post. I climbed up, started ratcheting the first lag bolt tight when it snapped.

Evidently, the force in which I was using on the ratchet was significantly more than that used to balance. However, the force of gravity against keeping me upright was that much more again. Needless to say, I went down like a sack of certified organic potatoes. Alas, I did put up a fight and flailed hopelessly, grabbing at anything to slow my decent, which was the 4x6 upright post with, of course, a small screw sticking out of it. Fortunately, landing on the step stool broke my fall as did a sitting bench nearby. All I could think of was not to strike my head, and knock myself unconscious on the big ceramic planter I knew was somewhere in the vicinity. I road-rashed my right tricep, and my back between my shoulder blades, bruised my right hip, and tore a small triangle gash in my left hand palm where that small screw ever so slightly slowed my decent. I went against my own advice for motorcycle crashes of staying down and assessing the situation before getting up. Instead I jumped up, clenched my wrist and held my hands high in the air above my head before Brandy knew what I was doing. She didn't panic, but was somewhat alarmed for my current situation. We found it surprising how such a small, but deep wound will bleed. I got it cleaned up, applied pressure, then contemplated if I should just bandage it up and carry on.

Guys, there's a reason we get married, someone has to make good choices. Off to urgent care for stitches, a tetanus shot, and antibiotics. I am stiff and sore, but now I get to spend my vacation doing exactly what you're supposed to do on vacation... relax.

We went for a stroll downtown Sunday to gauge the crowds, and we found them. Apparently the predicted hordes trickled in unnoticed. Thought I'd grab a beer and some lunch but... people.
Instead, we just beat feet for home.

This morning we woke with the sun, strolled down to a nearby walking path and open field to witness the eclipse. I must admit, that was pretty cool. Donning our ISO certified safe eclipse glasses we watched  as the moon slowly blocked out the sun. Totality was awesome, truly a once in a lifetime experience and I understand why people travel to see it. The temperature dropped significantly, the lighting was indescribable, birds did go quiet, a cheer among the small crowd, and a 360º sunset/sunrise, wow. 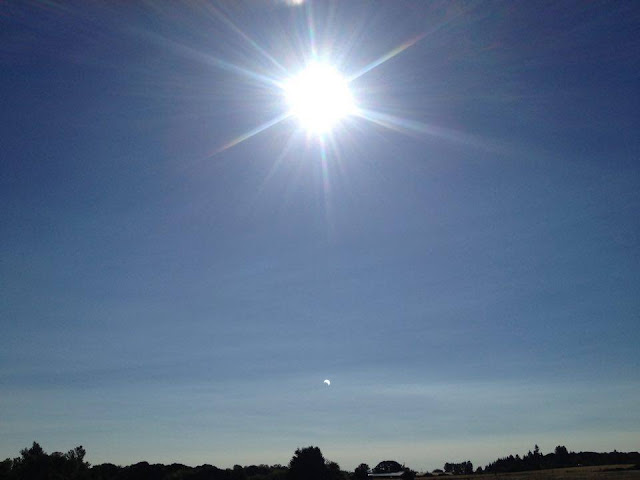 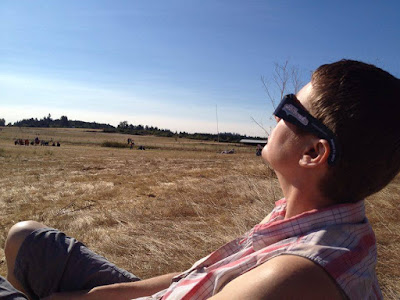 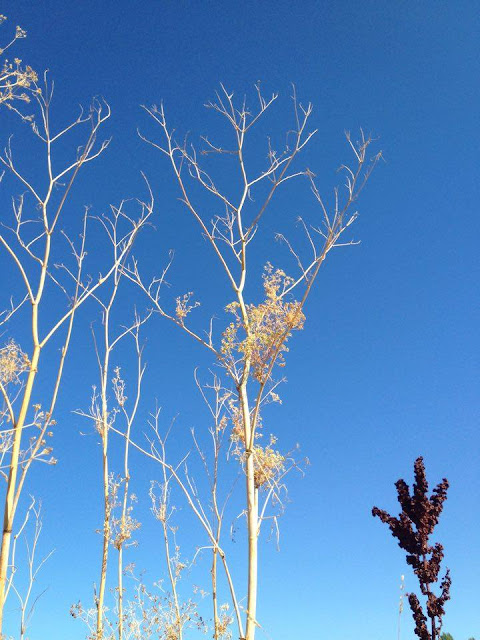 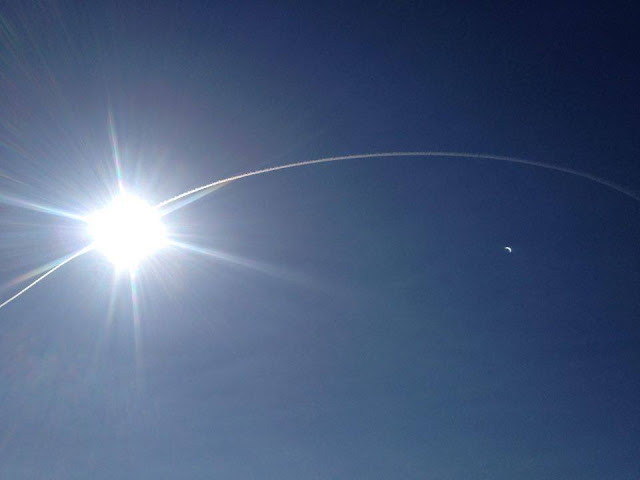 The crowds were not a big as the mean, old, media made them out to be, traffic was heavy, especially along the I-5 corridor, but not the apocalyptic gridlock as expected. Nor did we lose power.
We decided not to venture out today, other than this morning's viewing, we came home for lunch and a nap... it went dark, I had to reset.

Now to surf the internet for motorcycles, they're much safer than ladders. Better safe than sorry.

"Being an adult is mostly being exhausted, wishing you hadn't made plans, and wondering how you hurt your back." ~ unknown

Posted by Troubadour at 4:56 PM