I was sitting in the library the other day reading one of the many motorcycle magazines I subscribe, Sport Rider in particular, and came across an article for a simple ball valve to replace your oil pan drain plug called the EZ Oil Drain Valve ($23.95). 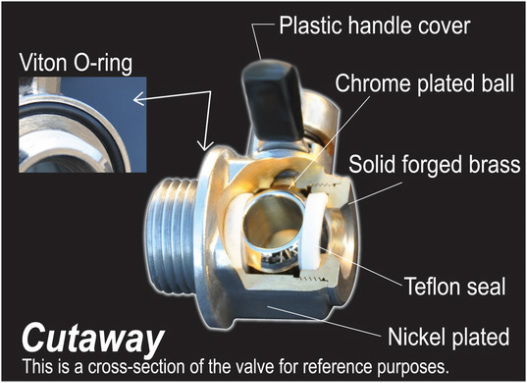 Remember my incident a while back of the cracked oil pan? I had to remove the pan, pressure wash and degrease it so it could be welded to repair a couple of hairline cracks that were caused by an overzealous mechanic who took the term "crush washer" from pronoun to verb. 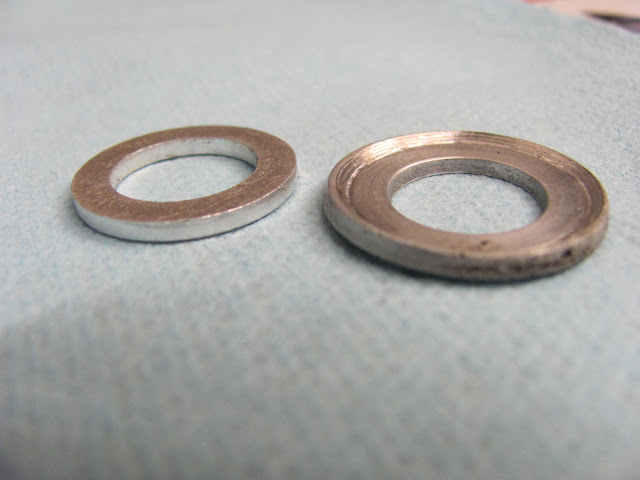 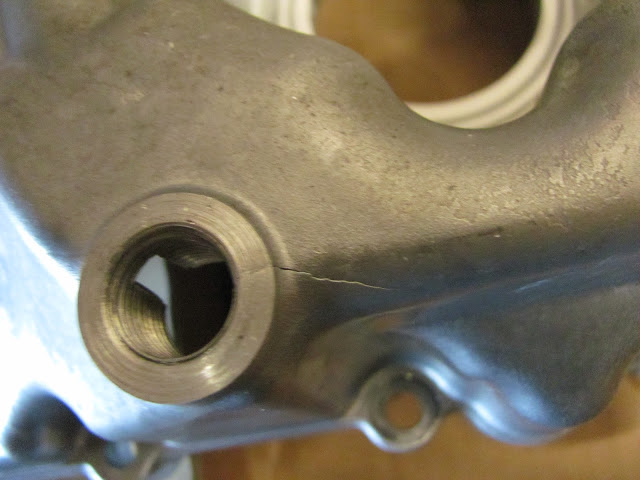 This repair to my oil pan creates an uneasiness whenever I change my oil, for fear of stressing the welds by tightening the drain plug to the recommended torque. 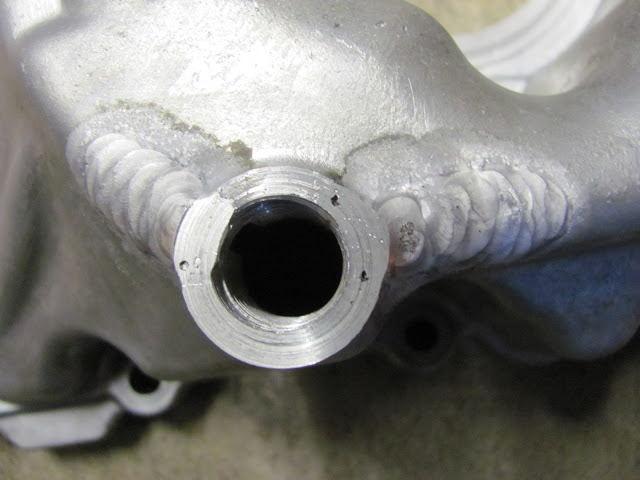 Upon reading the review, my fear shifted to dreams of a one time install of the EZ Oil Drain Valve and each subsequent oil change thereafter... cake. 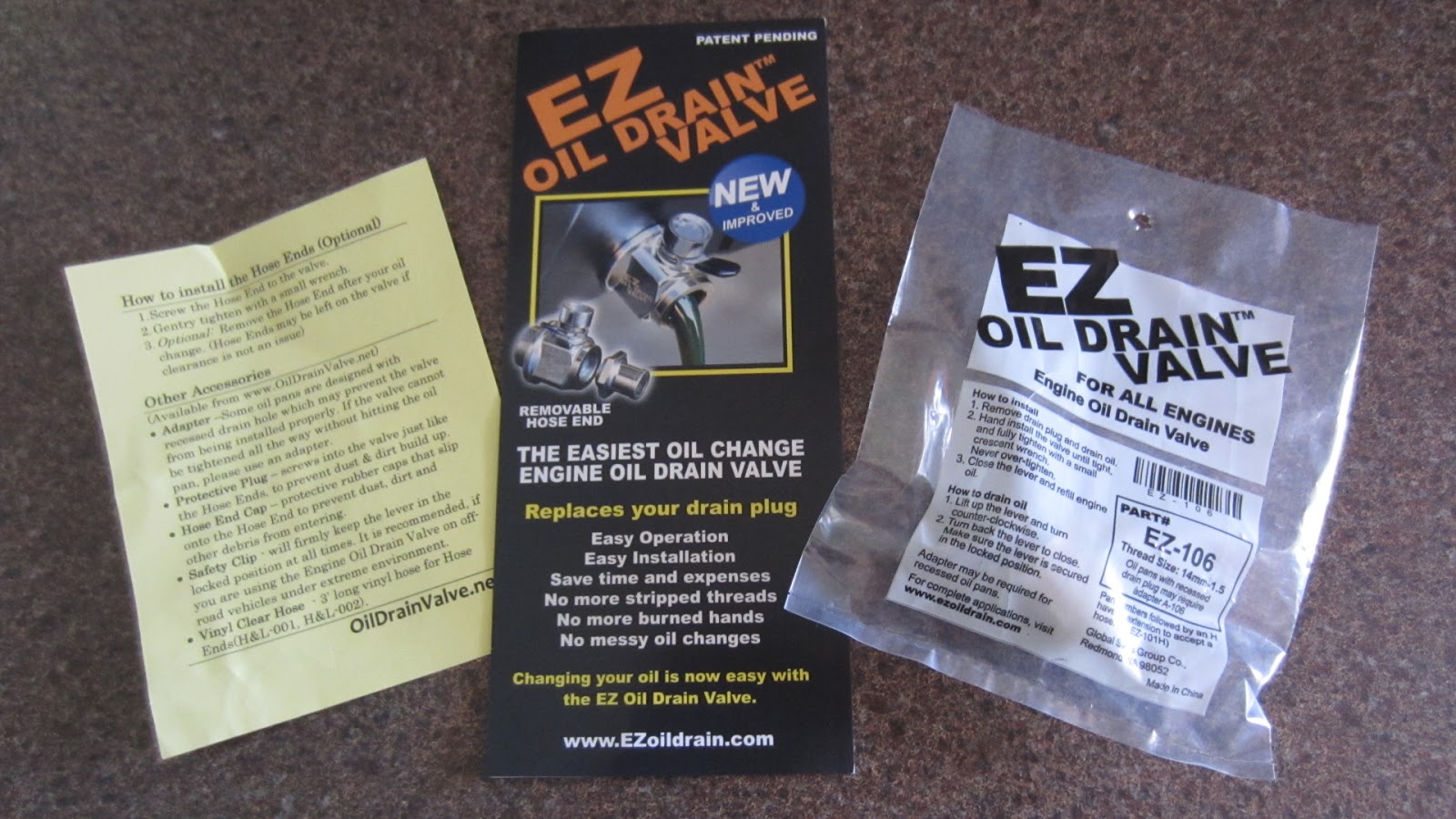 I jumped online, found a free shipping discount code, placed my order and cleared my schedule for the following Friday to change my oil. 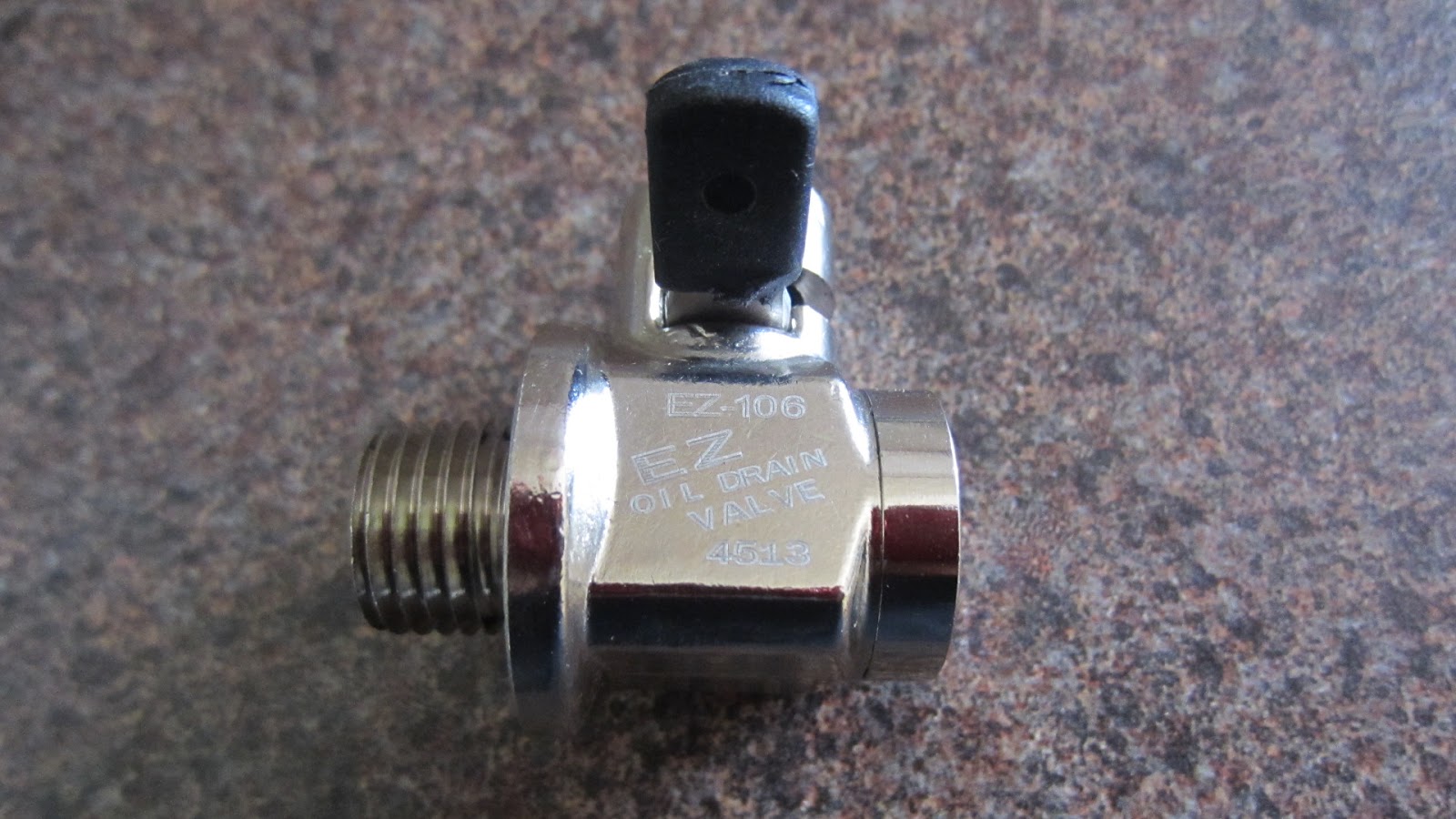 The valve arrived from California within two days, then it was just a  quick jaunt on the Tiger to Autozone for some oil and a filter. Rotella T6 synthetic was on sale so I bought 2 gallons, 2 filters hoping they would fit in my pannier. 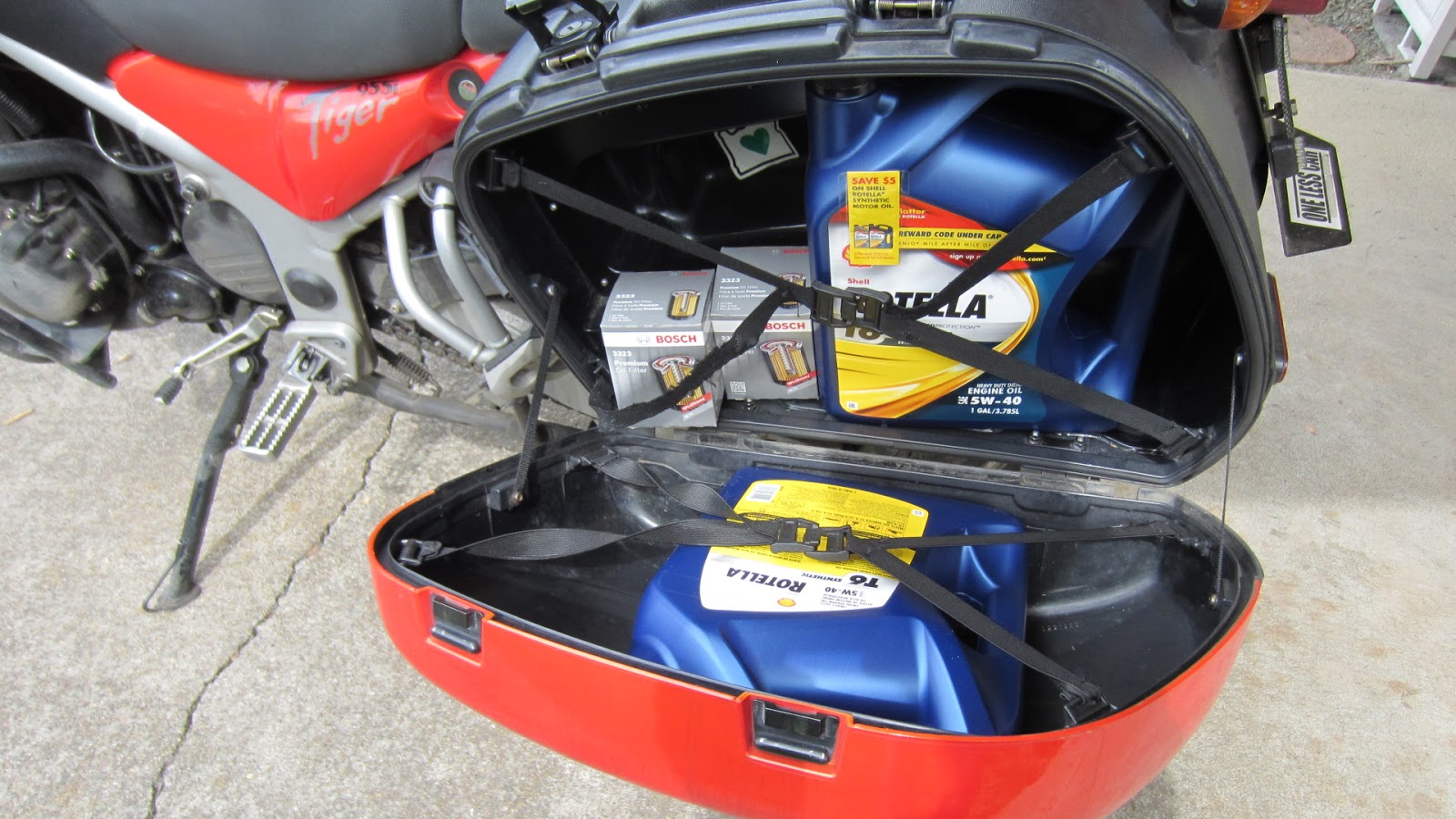 With the oil and filter home, my Tiger warmed, I was ready to get this done. Carefully removing the drain plug and old filter was easy peasy, the installation of the new valve was somewhat unnerving; were the threads tapered and what's with this o-ring? 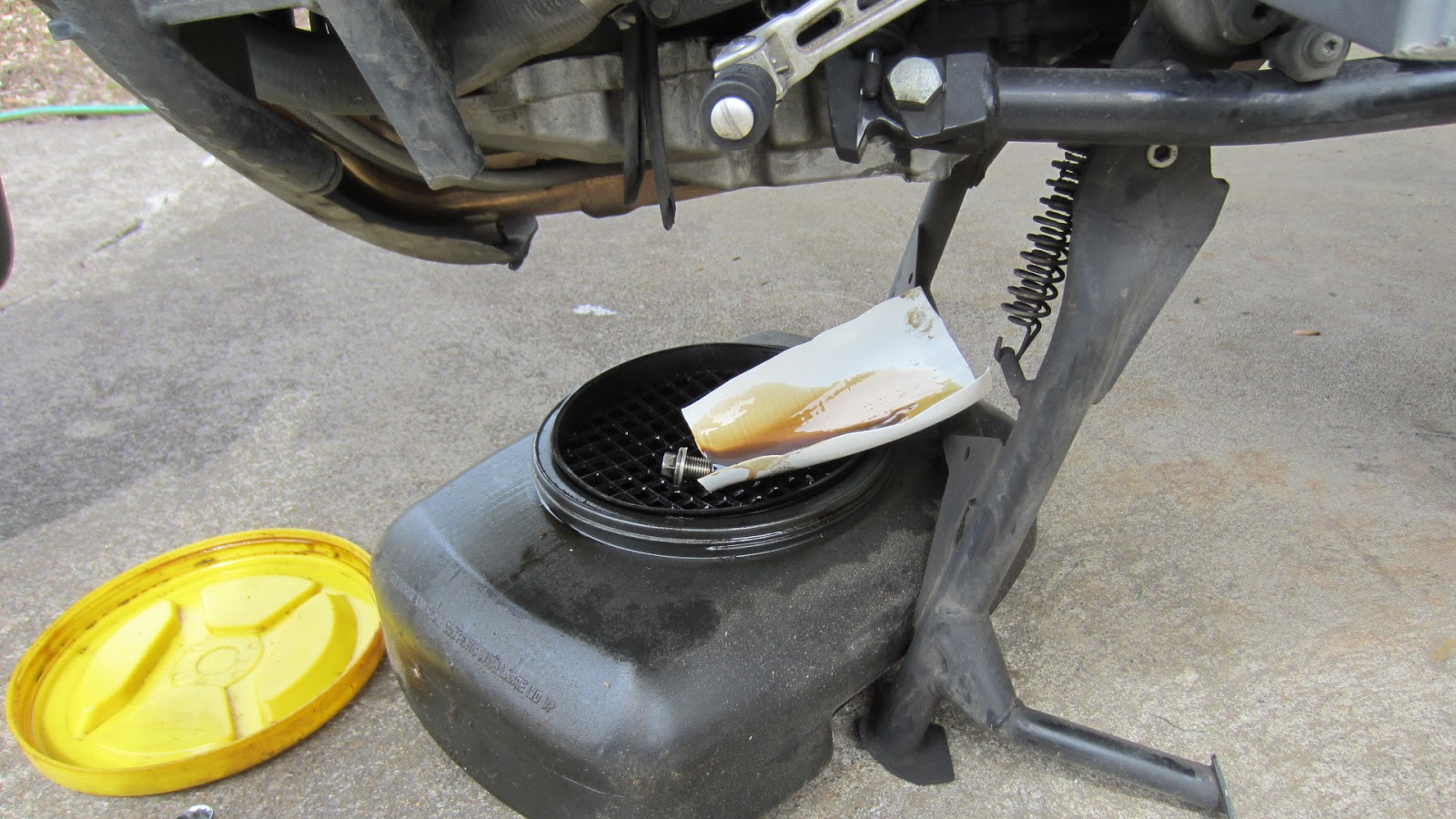 I threaded the valve into position by hand, then reached for my Saskatchewan socket set and ever so gently turned the valve until the o-ring seated against the flange of the pan. So far so good. I replaced the filter and buttoned everything up. Now to add the oil, add a little and check for leaks. Add a bit more, no weeps. A little bit more, check again.... then... meh, fill 'er up. 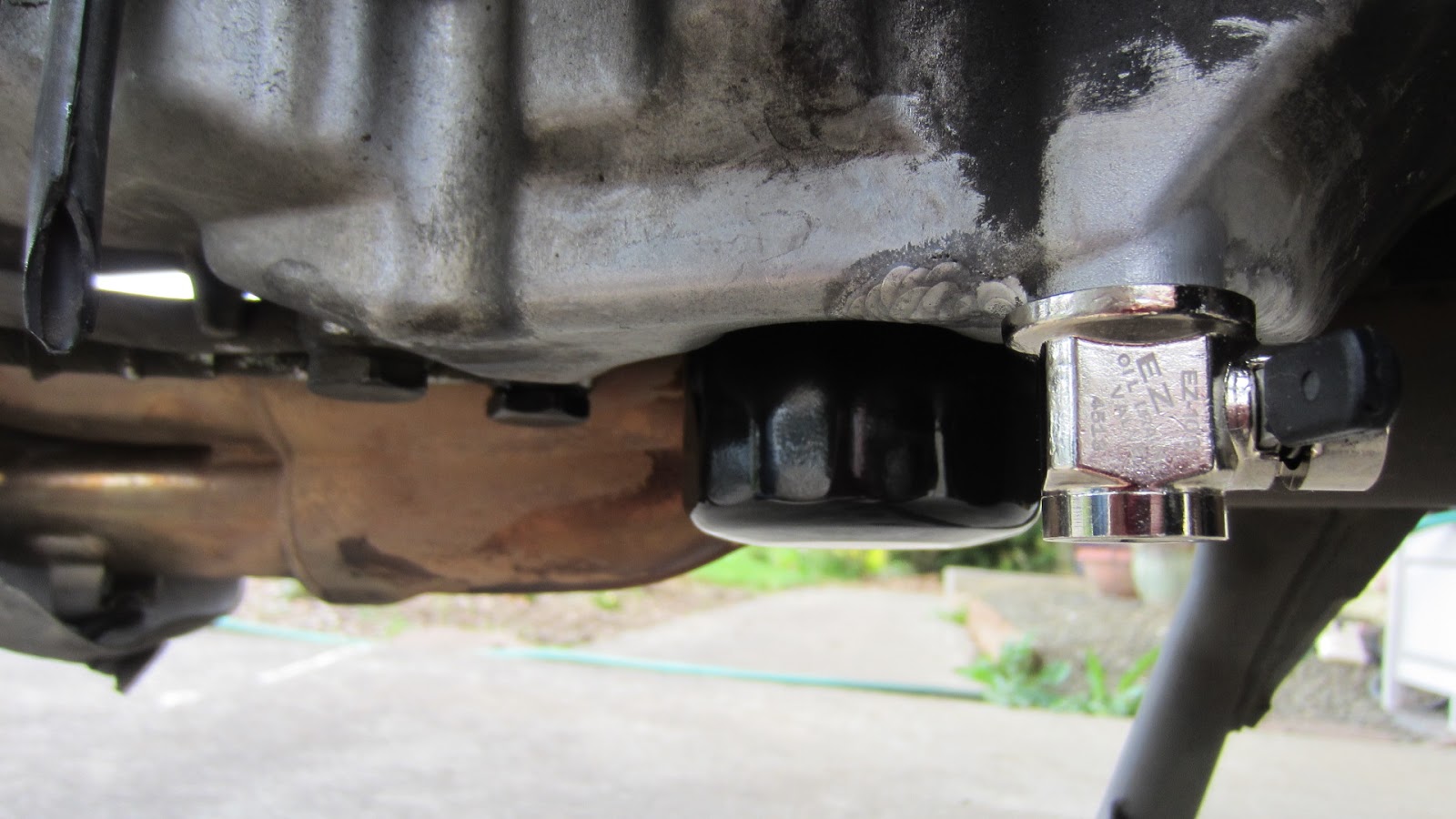 Looks good, but does hang down too low? Not any lower than the exhaust or filter, besides, the center stand hangs lower. Sure, the sidestand bracket will protect it, right? How often do I ride the Rubicon Trail anyway? 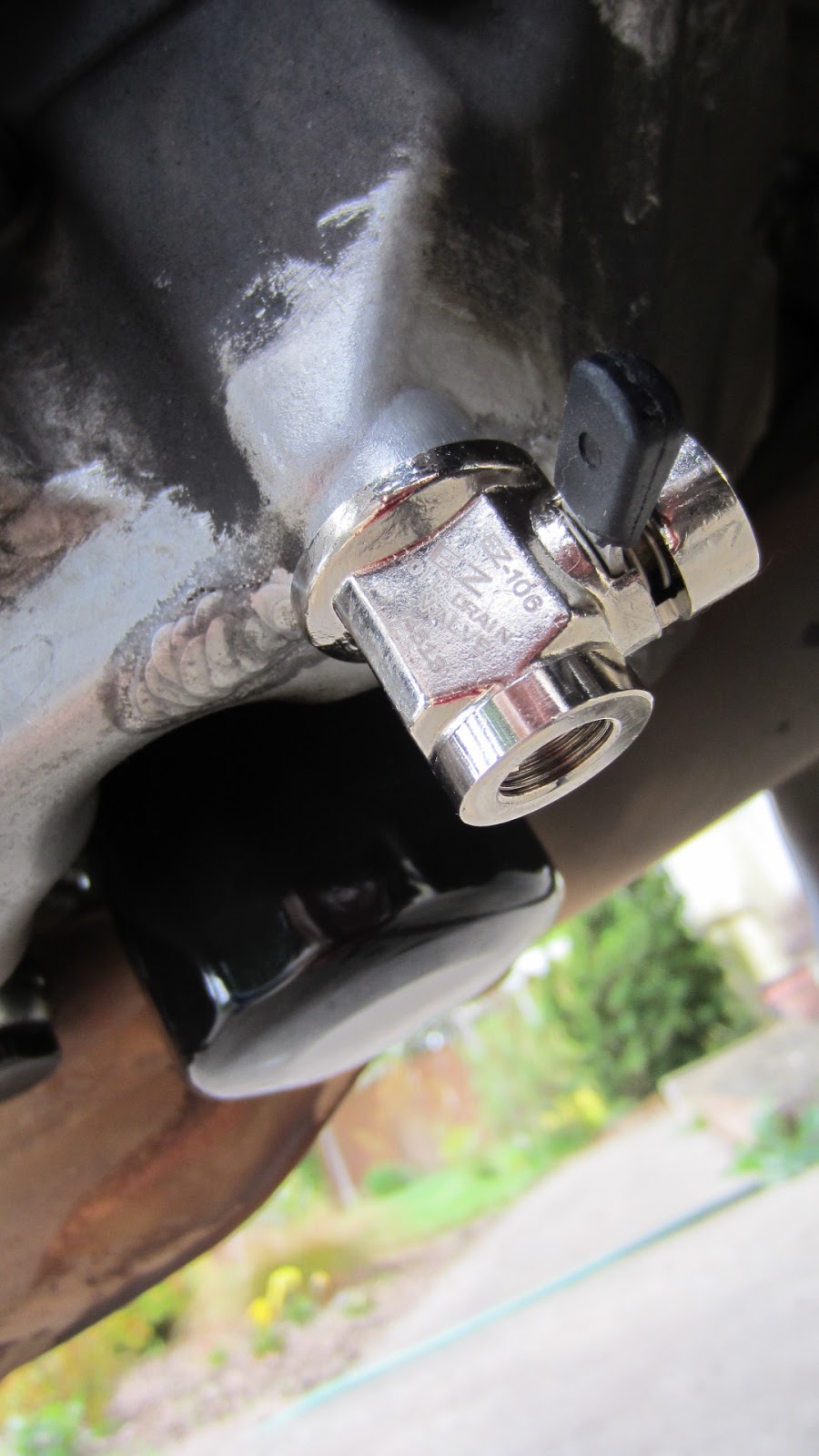 But that handle, ohhhh pretty, I'm tempted to touch it. Then visions of my friends being led into temptation flooded my mind; four litres of motor oil pooled under my bike and running down the storm drain at the next bike night are images I cannot get out of my head. So my next stop is the hardware store, the manufacturer recommends using a 5/8" hose clip to secure the valve from "accidental" operation. 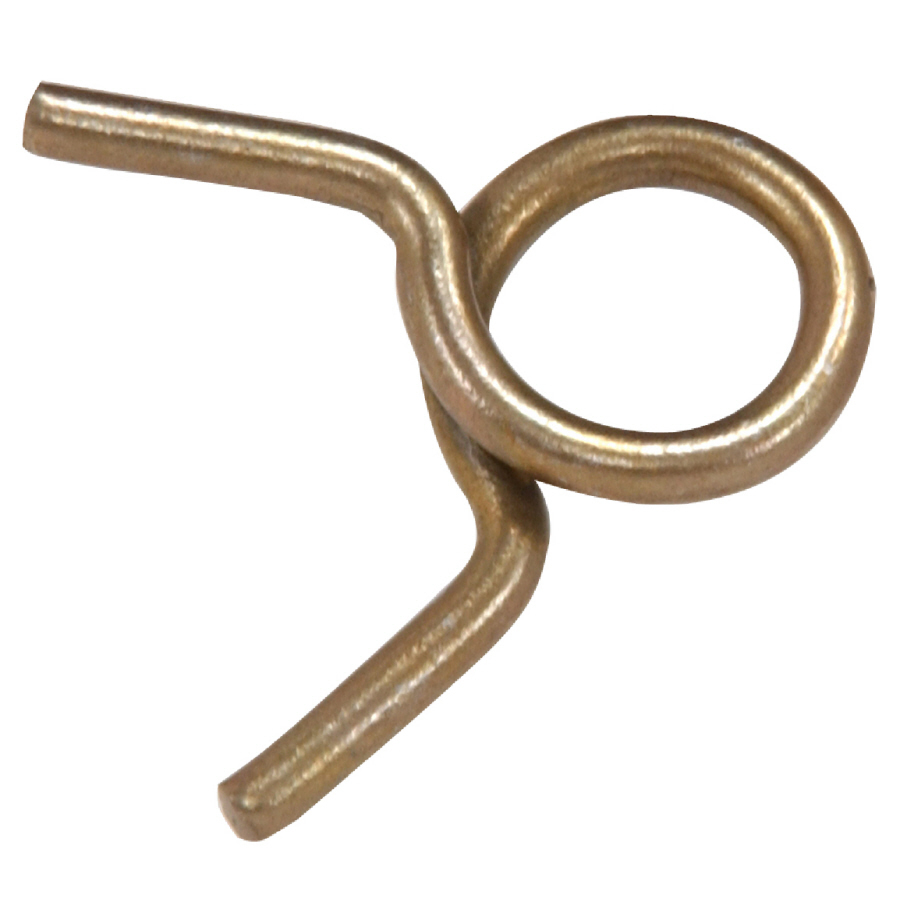