Playin' in the Mud

The past few weekends Polarbear and I have been going out and playing in the mud. The first time I rode my bike out to his place and we loaded the XT250 onto his trailer with his CR250 and took off to scout Huckleberry Flats OHV area. 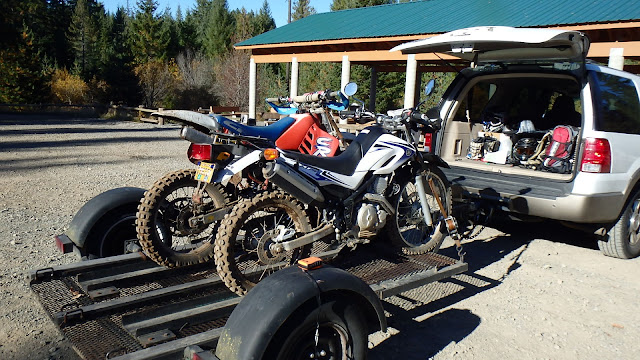 We took it fairly easy as it was my first time on a dirt bike in nearly 30 years. However, it wasn't long before I found myself laughing maniacally in my helmet, racing around the warm up track, catching air and nearly missing turns with Andy right behind me. It was a good thing it was getting late as common sense and self preservation were not prevailing. We had a such a great time that Andy wanted to take his Polar cub out the next weekend to teach him how to use the clutch and gears, who was I to turn down an opportunity to play in the mud? 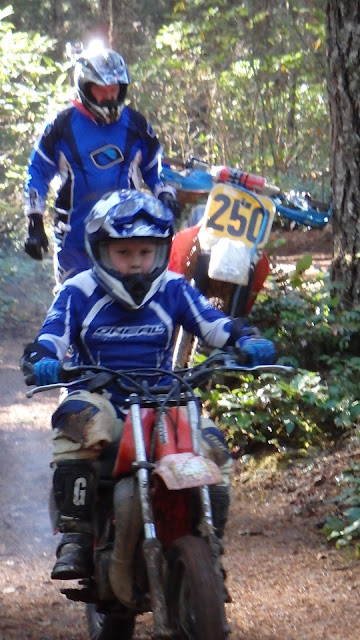 This time Andy picked me up and loaded the bike next to theirs and we were off to Huckleberry again. We took it much slower this time having the cub with us but that just meant finding more puddles and even more rounds riding through them. 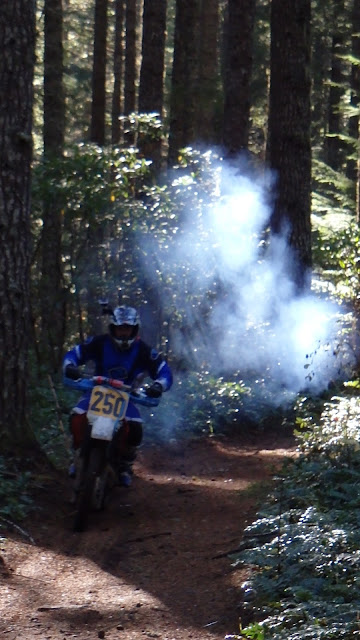 I managed to snap some photos of Andy while he was making laps around the warm up track. 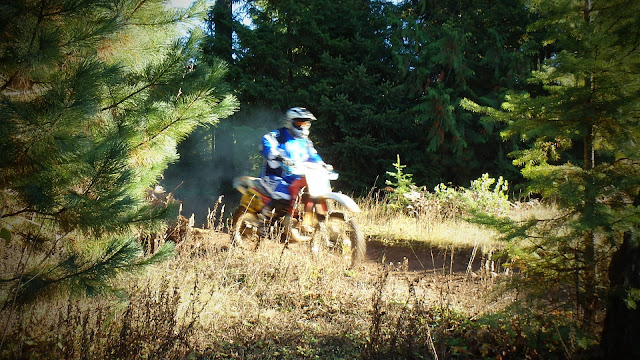 We loaded the bikes onto the trailer and took a detour up to a fire lookout tower, although the gate was closed a couple miles short of the tower we did find a beautiful sunset above the foggy valley below. 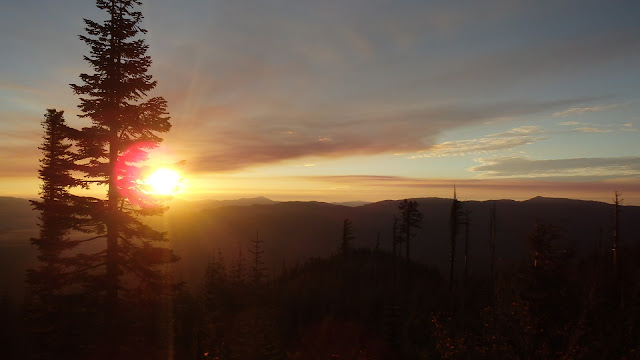 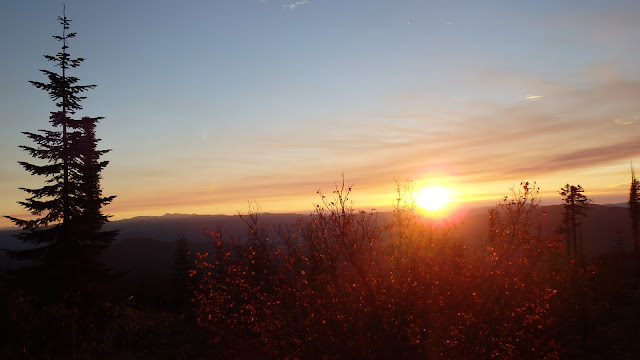 Needless to say with the sun shining, puddles to splash around and Rogey's song playing in my head.....

Of course after playing in the mud one must wash the bike. I learned real quick that this is not like washing a street bike, it's going to need much, much more than just a bucket and sponge.

So on Friday I brought out the big gun, pressure washed it and I was race ready to tear it up again.

Andy rolled up Saturday morning, we loaded the trailer and stopped in at Saturday coffee before heading up to Upper Nestucca OHV for the day.

Of course it didn't take long before we found a puddle to play in.

I was trying to avoid young cub coming the other way and detoured through the puddle. It was much deeper than I had anticipated, I stalled the bike and quickly filled my right boot with water. Oops! Fortunately I was able to stab the starter button, fire the bike back up and walk it out. I pulled up beside Andy, got off the bike, removed my boot and wrung out my sock. By the way, waterproof boots do work both ways.

For some unknown reason, this wasn't good enough for Andy and he had to see for himself, but it did make for a great photo opportunity. 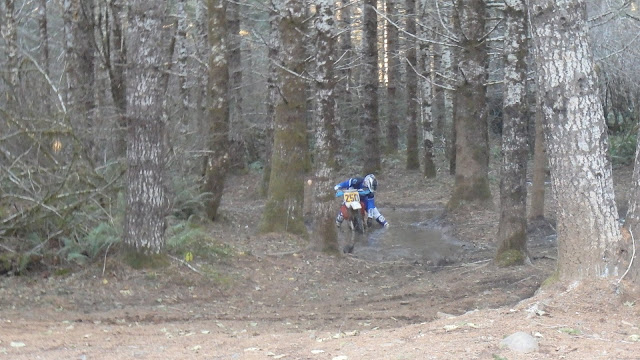 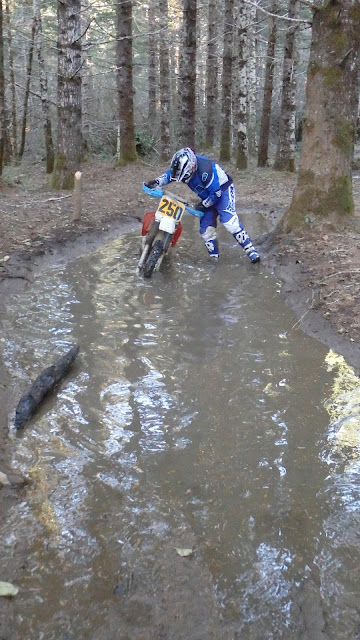 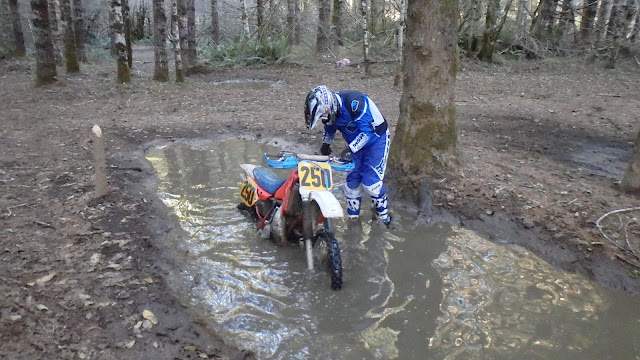 Andy's bike doesn't have a magic starter button and he wasn't able to kickstart it, so we had to drag it out.

Polar cub rode around while I snapped photos and talked to the Yamhill County Sheriff who stopped by to make sure we were alright.


He eventually got it started and we made our way back to the trailhead and the truck.


We hope to get a few more rides in before the rains come and makes things too sloppy, but it seems that fear and common sense hasn't stopped us yet.