Making a boat out of stone would be a hardship.

There is a concrete dock sitting ashore on the Oregon Coast that drifted across the Pacific from the tsunami last year in Japan. I'm not sure it is big news across the world or even the United States but it has garnered a lot of attention around these parts. It was immediately deloused of any invasive aquatic life and now it is attracting tourists by the carload, talk about an invasive species. Agate Beach normally sees 400 cars on "any given Sunday" but the numbers reported last week are as high as 11,000 in 5 days.


Trobairitz and I normally don't do the touristy stuff as neither one of us do well with crowds, but we decided that the coastal crowd would be more manageable than the OSU Commencement crowd. It was an excuse to ride, a destination and a chance to give Brandy a bit of reprieve from her allergies. 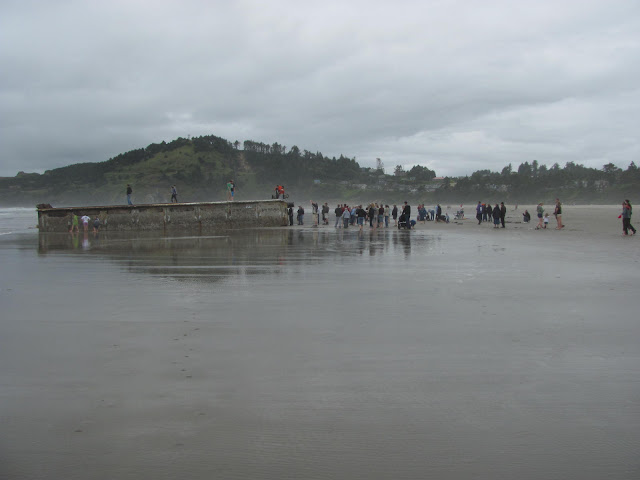 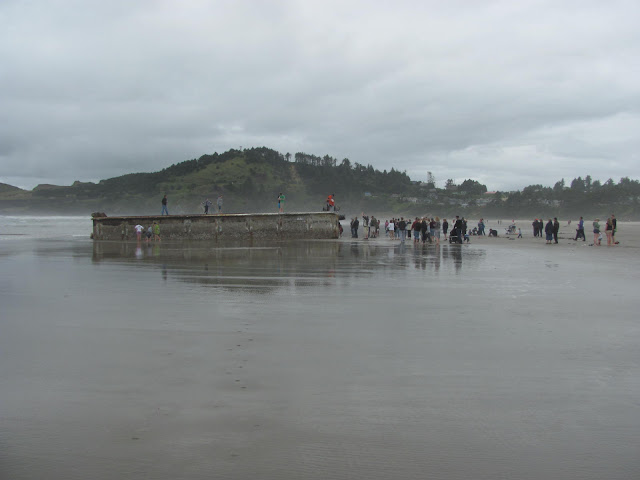 The local news is reporting that bids to remove the dock from Agate Beach are being accepted and work may begin as early as next week. So taking Cesar's post as inspiration, Trobaritz and I rode our bikes down to Alpine, through Alsea Falls and meandered westward towards Waldport before turning north to Newport and Agate Beach to take a look before it was too late and the dock was gone. 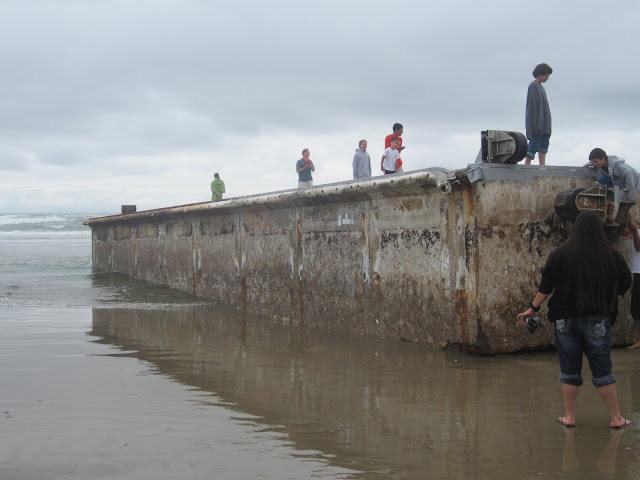 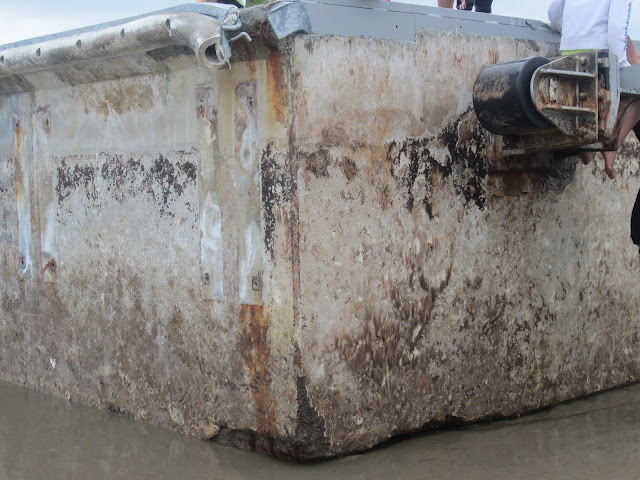 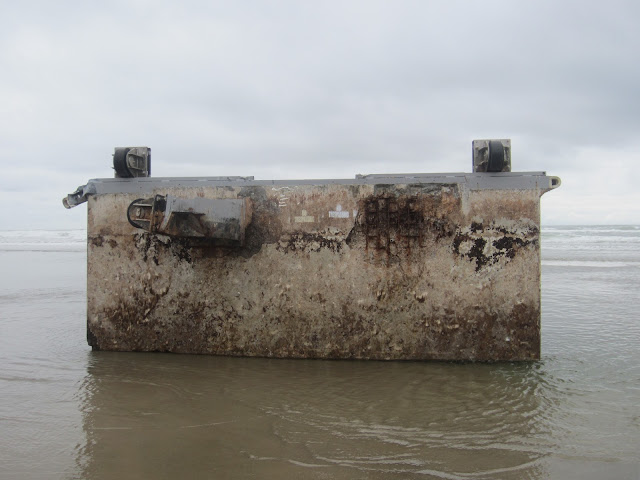 We didn't really blend in with the crowd. I'm sure it is one thing to see two motorcyclists on a coastal beach, but it must be another to see them playing in the surf wearing ATGATT. 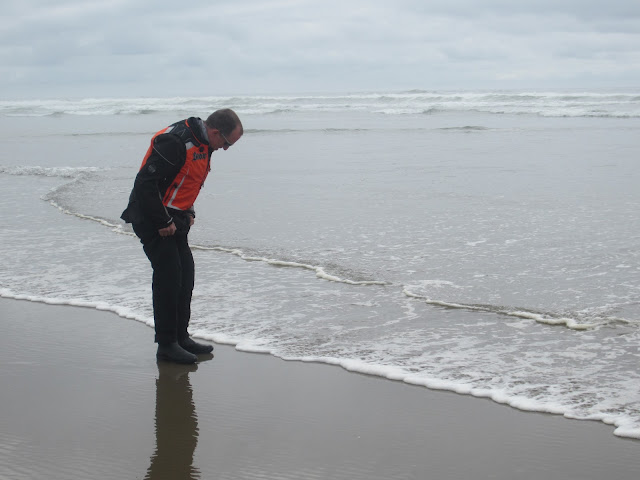 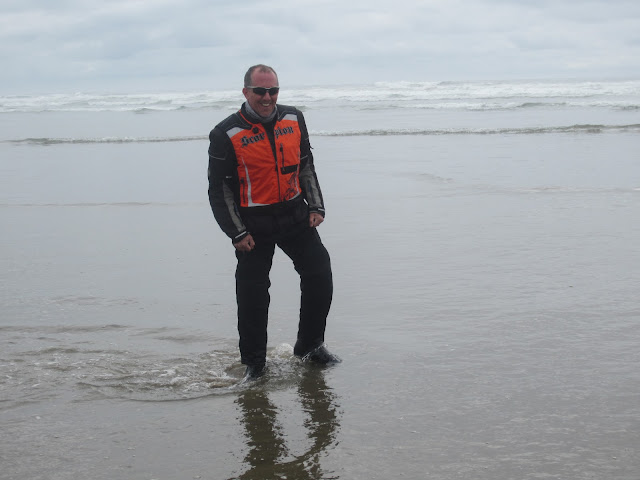 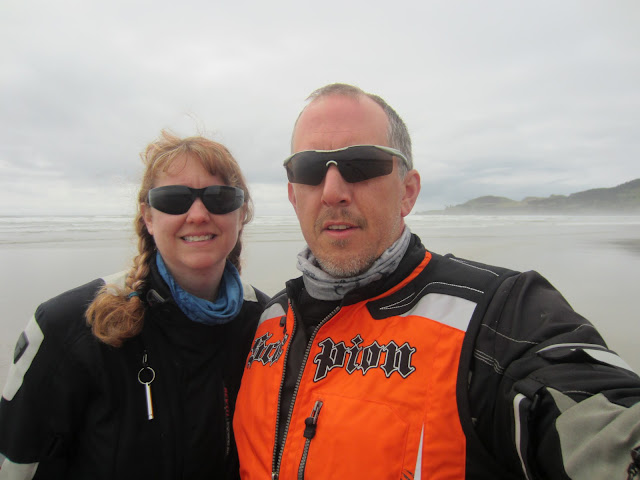 I'm not one to care too much what others think but it was fun to watch everyone else scatter as the waves came in. I sure love my SIDI waterproof boots! 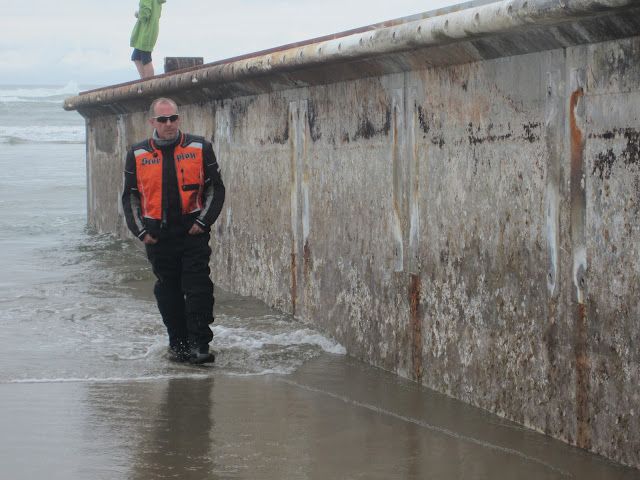 The dock isn't as big as the news made it out to be, I know it is heavy at 165 tons but I was expecting it to be much, much larger. I imagine if it was parked in the middle of the street at 66 feet long, the size of two semi-trucks and trailers, it would seem bigger, but not so much just sitting there on a wide open beach. I guess it is the significance that it came all the way from Japan and what it represents that is drawing the crowds. 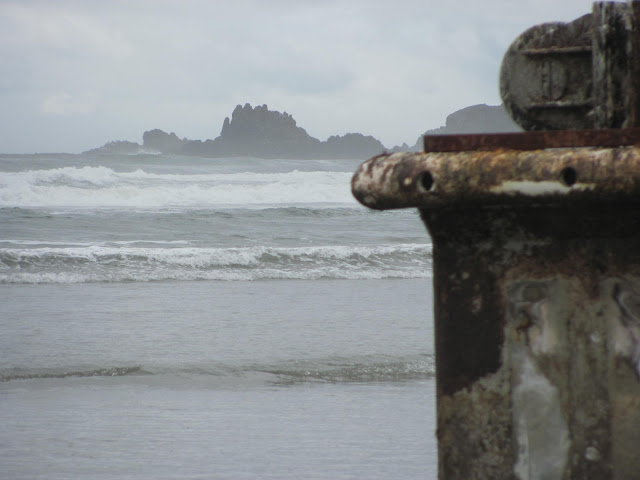 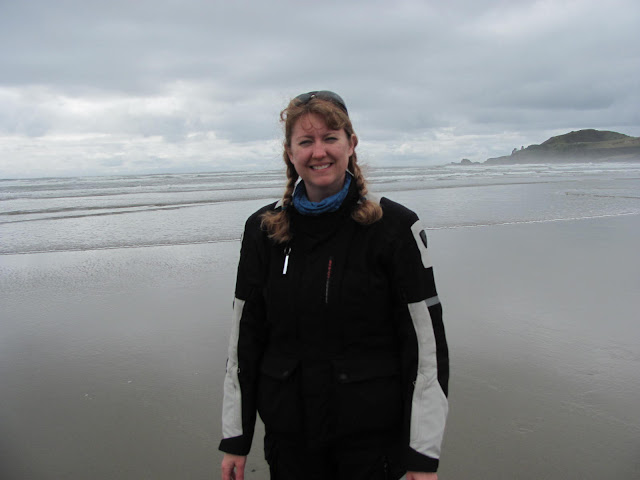 We snapped a few pictures then stumbled through the sand back to the bikes and headed for home and the warmth of the valley.