I am a logistics coordinator so it is my responsibility to get product from production to our customers as efficiently as possible. Many of our customers require that I use their logistics programs and carriers but we also ship to other customers as prepaid freight so I shop rates and chose the carrier. We like to use brokers, that way we know the drivers are certified, licensed and insured.

One broker has worked with our company for years and offered to take us out fishing Friday. How could I say no, I've never been out to sea other than the ferry between Vancouver and Victoria.

The broker made all the arrangements to charter a 43' boat and have 3 of us to go salmon and halibut fishing off the coast of Newport. We figured that an hour drive to the coast to catch the boat at 5:30am was a little much so we decided to go Thursday night, get a motel room and grab some dinner. We would be well rested and catch the boat bright and early in the morning in plenty of time, right?

We went down to the Rogue Brewery for dinner, this was not one of our better ideas.

We just made it to the boat on time and it was good thing they had coffee on board as we didn't have time for breakfast. Why we paid for a motel room I don't know, we certainly didn't use it. No sleep then eight hours on a boat, can't be that bad can it? 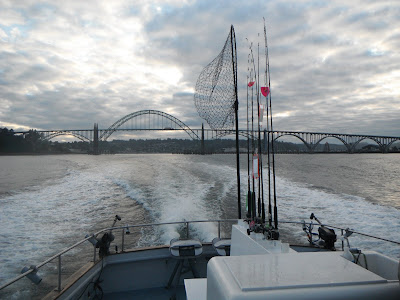 Buh bye land, I'll miss you.
The ride out wasn't too bad, the water smooth with only 2 foot swells and within an hour we were fishing for salmon. Our broker friend/host insisted the fishing would be better if he chummed and proceeded to grab the rail, he then took an hour nap on the bench in the cabin. Good thing I took Dramamine, it's the only thing that kept me from following his lead. The rest of us were all doing well with the boat under power and fishing for salmon but just when we finally found a hot spot and had two on our lines the US Coast Guard showed up. 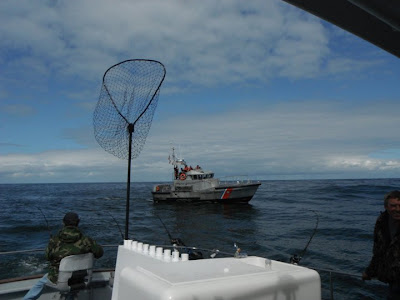 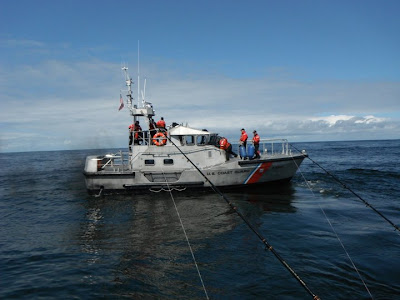 There was some chatter on the radio but I guess that wasn't good enough, they wanted to come aboard. We had to stop what we were doing, the salmon spit the hooks, the Captain shut off the motors and we had to bring in our gear. 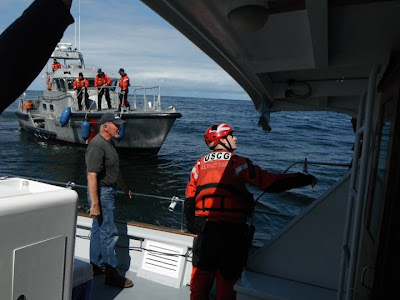 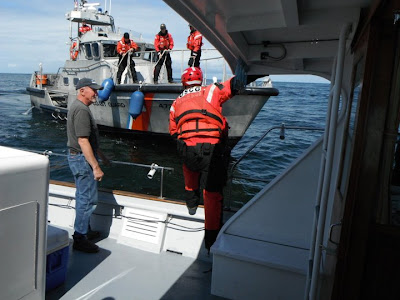 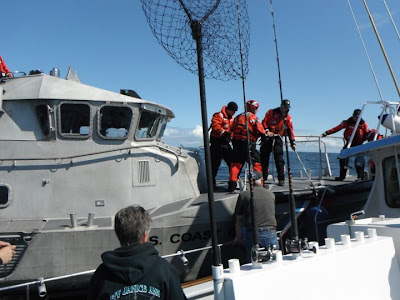 I don't know why they came aboard or what they wanted but they checked the safety gear, life jackets and all the paperwork while the Captain was on the phone to the Oregon State Police, the dock house and the Coast Guard. Everything was handled very well and amicably by both the Captain and the Guard. The radio chatter continued among other fisherman throughout the day, I guess the USCG overstepped their boundaries and were in big trouble.

The Captain was very apologetic for the delay and offered to extend our time and we were back to fishing. Another hour or so went by without a bite, we didn't catch anything and decided we'd switch to halibut fishing.

Pulling up our gear, the 1st mate went to work to switching all our rigging from flashers and spinners to a 2 lb. weight and bait fish. Turns out I do better trolling for salmon with the boat under power than I do drifting for halibut. The wind had picked up, swells increased to 4 and 5 feet all while fishing off the side of the boat. Where did I put that other Dramamine?

I did pull in the first fish of the day, a yellow eye rock fish but had to toss it to the birds as we weren't allowed to keep it. 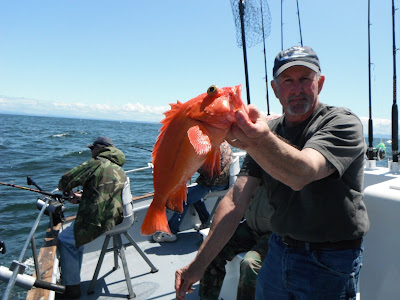 Capt. Dick with my catch

Another hour and we were finally bringing in some halibut. 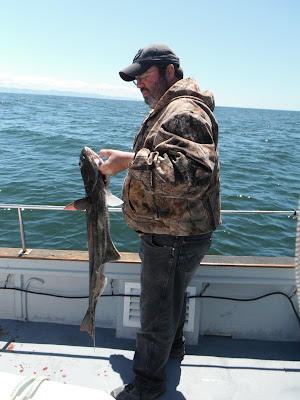 My co-worker with the first halibut.
My co-worker brought in two smaller fish while the Admiral hooked a bigger one and handed it off to our broker/host.

I was done for the day, my knees were aching from the all day aerobic workout not to mention being bashed up against the rails all day. My stomach wasn't doing well with the motion of the ocean and lack of food so it was my turn to sit it out. 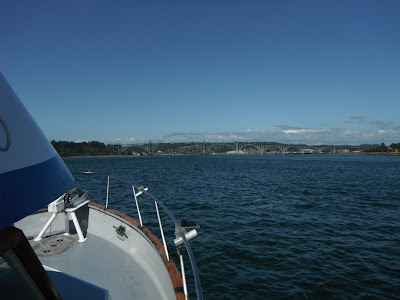 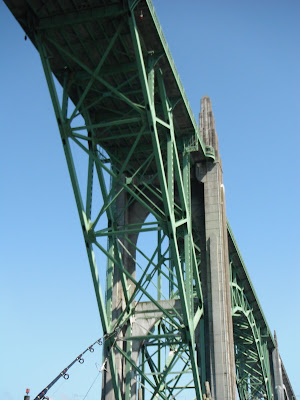 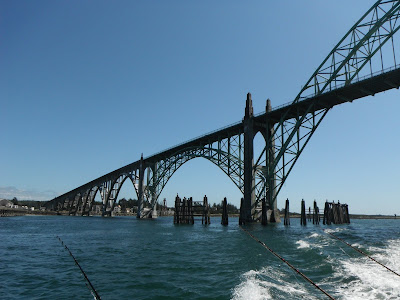 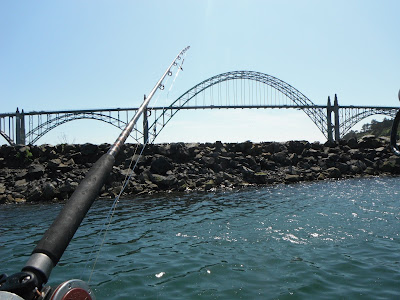 Back in the marina. 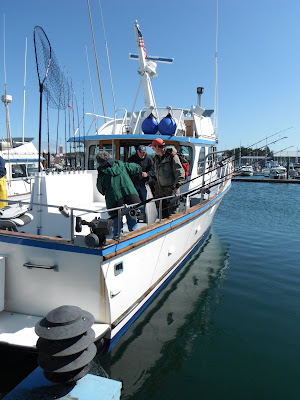 The captain and crew treated us very well but a 10 hour fishing trip is too long, I'd be up for another trip but I'd limit it to 5 hours and make the hour long drive to the dock in the morning. 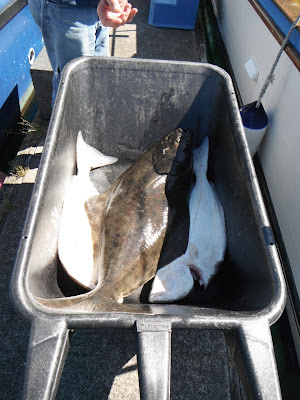 We did land some nice fish, not bad for a group of four guys who could barely see straight at 5am.