Go Your Own Way

We went for a ride to the coast on Saturday, took a few back roads, rode up through Siletz and over to Depoe Bay to Gracie’s Sea Hag for chowder, then turned around and came back the same way. We took the Triumph and Trobairitz rode pillion, she’s not up for long rides on her own bike yet, let alone a group ride. She hasn’t ridden her bike lately so we decided to go out Sunday. We enjoyed a relaxing day, ran some errands, visited the local nursery for gardening inspiration and headed out for a short ride after dinner.

We suited up pulled the bikes out of the garage and headed down the street. We made it down the block and I see her in my mirror shaking her head ‘no’ as she pulled up beside me. I asked what was up and she said the smartest thing any rider has ever said to me, “I’m not comfortable”. Although I am sure this was difficult for her to say, it was great news to me. I knew then that she was definitely on the wrong bike. We spun around and went home, she went on to explain exactly what it was about that particular bike she didn’t like and I told her that I’ve owned bikes before that just didn’t feel right. One in particular was the Sprint ST I had, I bought it on impulse and I did everything to love that bike, but I knew that it wasn’t the bike for me. I didn’t feel the love, the magic wasn't there, the feeling of being one with the machine, I wasn’t comfortable and I knew exactly what Trobairitz was trying to tell me about the Ninja. 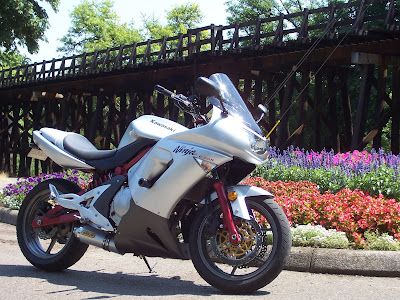 I am glad she told me rather than fighting the bike and injuring herself, or worse. I wish more new motorcyclists had the courage to say what she did; maybe they’d be better riders on the right bike.

So we figured out what she was looking for in a bike, what type of riding she wanted to do. She really likes the new Triumph Bonneville but knows it's too big right now and has her heart set on the baby bonnie. 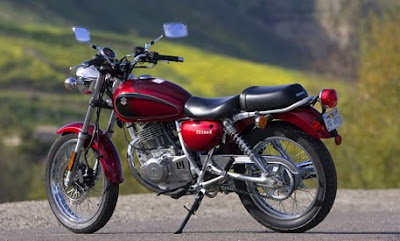 Has she stepped back to a smaller bike? I think she just became a better rider just by acknowledging her ability and accepting her current limitations. She's also not letting anyone tell her what to ride, a Triumph rider in the making. 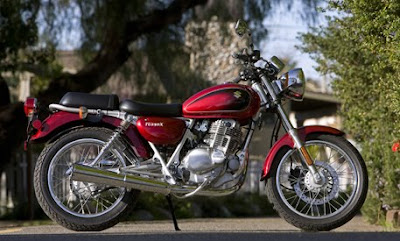 Posted by Troubadour at 6:39 PM